The Northern representative has brought the trophy home to his region which hosted the Grand Final in Whangārei, after three days of grueling challenges.

Waikato Bay of Plenty representative Chris Poole, 27, came in runner-up, just missing out on the title to his brother-in-law by a whisker.

The winner was announced at the FMG Young Farmer of the Year Evening Show at McKay Stadium on Saturday night (9 July), taking home a whopping prize pool worth over $75,000.

Beef farmer Dangen, 30, also claimed the FMG People's Choice Award and three out of five of the challenges - Agri-Business, Agri-Sports and Agri-Knowledge. 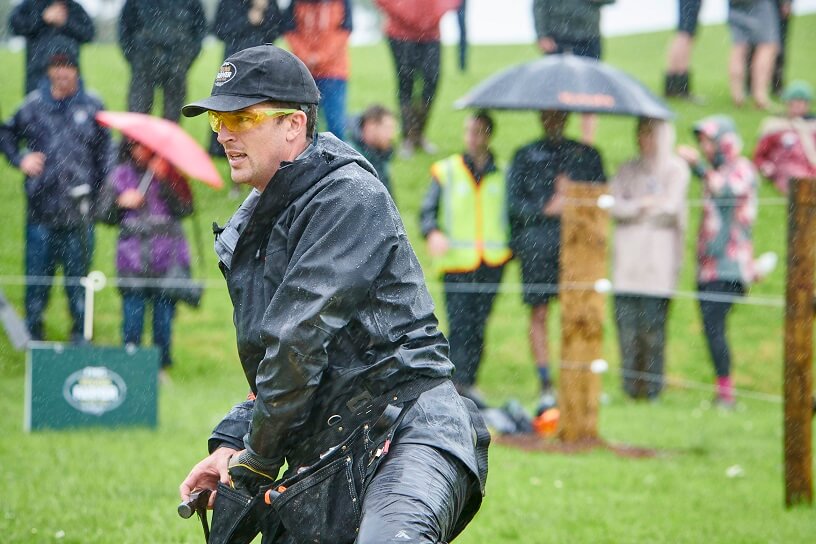 He said he was overcome with emotion, exhausted, excited and relieved to have taken out the title.

“The competition within the Northern Region over the last five years has been so strong, so I just want to represent all those people well, keep the work up going forward and encourage young people to get amongst it,” he said.

It was Dangen's first Grand Final after competing in four Regional Finals.

“I've met a bunch of good people, learnt a whole lot, got a lot of growth out of it. It's just such a good advocacy for the industry, I love this competition to bits,” he said.

Competing against his brother-in-law, Poole, he said pushed him to keep going. 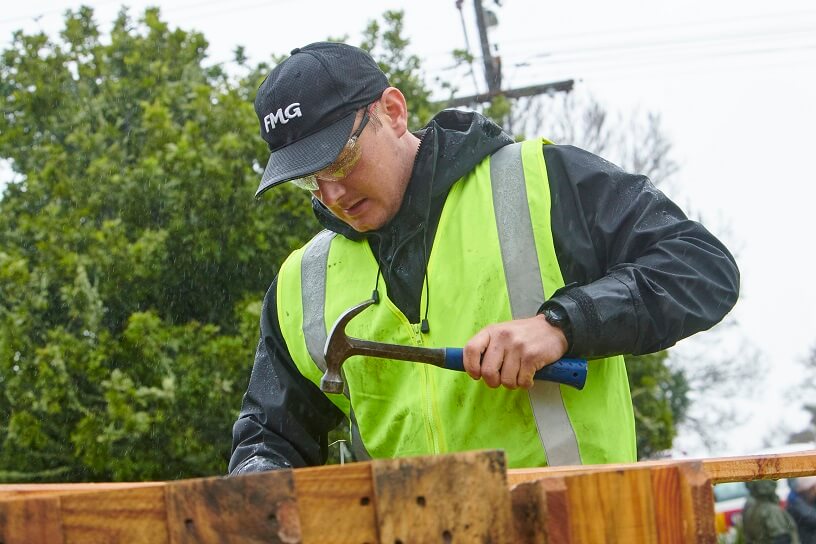 “It's obviously not the result I came here for but I'm really stoked. I've said right from the start if me or Tim could do it, I'd be wrapped, so I'm really pumped that Tim won and I'm stoked to get second.”

“It's really cool for our families who have spent so much time at Regional Finals over the years, it's really exciting for everyone involved.”

Poole said his favourite parts of the contest were the agri-sports and farmlet, while he found the exam challenging.

He reckoned he would have a rest for a few years, before giving Grand Final another crack.

A dairy farm manager for Dairy Holdings Limited, Brown was a seasoned competitor giving it his last shot before aging out of the organisation. 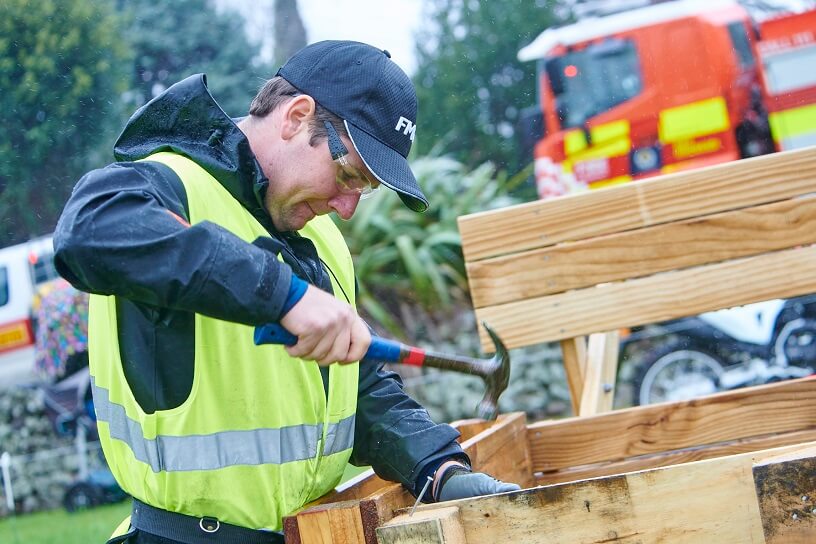 “The lead up has been a bit of a struggle and I salvaged a good result off some not ideal preparation so I'm very, very content,” he said.

“Now I just want to make sure we all get behind our winner and help achieve his goal of ‘bringing sexy back to farming’,” he laughed.

The contest started on Thursday with technical day before heading into the biggest day - practical day - on Friday where they battled through the pouring rain for eight hours completing a series of modules and time and points races. (Follow the links to find out more information about what they did.)

The same night, the seven Grand Finalists presented their speeches to a crowd of 350 at the FMG Junior Young Farmer of the Year and AgriKidsNZ Awards Ceremony.

Saturday morning saw some down time with their families for a volunteer morning, planting trees at Barge Showgrounds to leave their legacy in Whangārei before the big finale.

The nerves kicked in that night at the Evening Show, as they went head-to-head in a buzzer quiz in front of a crowd of 650, racking up last-minute points before the winner was announced.

It was the first Grand Final in several years that all seven grand finalists have been sheep, beef or dairy farmers.

Alex Field from Otago Southland, Tom Adkins from Aorangi and Mark Wallace from East Coast were all sheep and beef farmers.

David Reesby from Taranaki Manawatu, was also a dairy farmer.

Each contestant was named their region's FMG Young Farmer of the Year near the start of the year after taking out their regional final. They qualified for the regional final by making the top eight competitors from a series of district contests held near the end of last year.

“Tim Dangen is a fantastic ambassador for contest and the food and fibre sector and now we are thrilled to be able to call him the FMG Young Farmer of the Year for season 54.

He has proved over the last three days just how deserving he is of the title with innovative thinking, a passion for sustainability, a wide breadth of knowledge and the ability to think on his feet.

All these contestants have demonstrated positivity, endurance, good humour and humility over the last three days and are an inspiration to us all, young and old.

This contest highlights just how lucky we are to have people like this leading the future of the food and fibre sector, we truly are in good hands.”

“It has been wonderful to be able to host this Grand Final event in what has been yet another challenging year with covid and restrictions and outbreaks.

It is so important for our Young Farmers community to be able to come together every year, get off the farm, catch up with friends and have fun.

Once again, we're able to celebrate the food and fibre sector through the achievements of the best Young Farmers in the country. Their innovation, resilience and passion has have been on full display yet again and just reflects the heart of the industry and its future.

Every season of contest is organised mostly by volunteers who work tirelessly to pull it all together from district contests, to regional finals and of course grand final.

I often say that to just say thank you is never enough thanks to give to our volunteers who have pulled off another successful season together in the face of challenges, including regional finals being held through the red traffic light restrictions.

But alas, thank you to our volunteers, and our sponsor family who make this all happen, every year, year after year.

I also want to extend my gratitude to the family and friends of all our competitors from AgriKidsNZ through to FMG Young Farmer of the Year. Without all your support, it wouldn't be the contest and Grand Final it has been.”