FMG Young Farmer of the Year kicks off in Whangarei

The FMG Young Farmer of the Year Contest Series Grand Final has kicked off in Whangārei today (Thursday 7th July).

Two containers and a curtain slider truck landed in the far north all the way from Christchurch earlier this week, filled with all the contest gear to set up for three days of challenges.

98 competitors from across the country made it to the winterless north, along with their families and supporters. 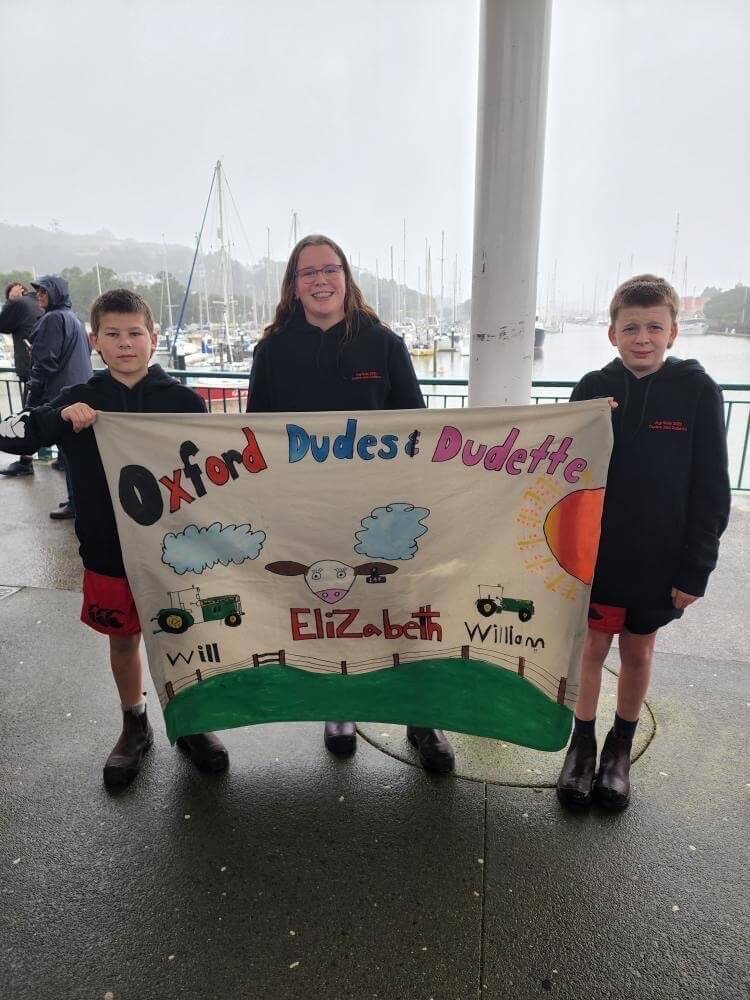 Bad weather and the cancellation of the planned parade through the Town Basin did not dampen any spirits for the opening ceremony, with Northland Mayor Sheryl Mai welcoming all contestants, spectators and sponsors at Putahi Park.

NZYF Chief Executive Lynda Coppersmith said it was incredible to see the hundreds of people that the contest series brings together, all representing their regions and teams with pride.

“The opening ceremony kickstarts what is a massive three days for all our contestants and their supporters, staff, volunteers and sponsors. It's a fantastic showcase of what the FMG Young Farmer of the Year Contest Series Grand Final brings to each town it visits annually, celebrating our best Young Farmers and the future of the industry.”

Thursday also marked the first day of challenges for the three-day Grand Final.

14 FMG Junior Young Farmer of the Year teams completed an exam as part of their contest tasks and would also take part in a networking event on Thursday night with the Contest's family of sponsors.

The seven FMG Young Farmer of the Year Grand Finalists completed their Technical Day, featuring a range of challenges including a strategic business exam and a human resources task to assess their leadership and management skills. 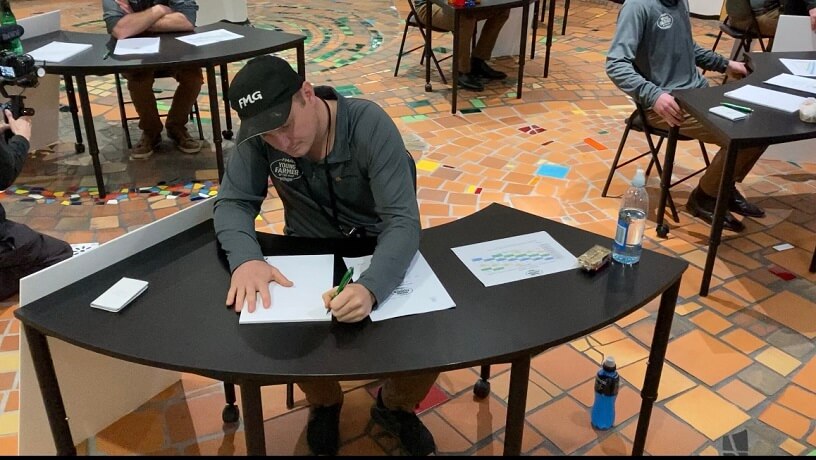 After previously submitting their Market Innovation Challenge reports, they also presented a 20-minute presentation to three judges, before judges quizzed them in a ten-minute question and answer session.

The market innovation challenge was a 12-week project featuring a hypothetical 120-hectare farm near Kaikohe. The Grand Finalists had to create a new product or service to supply into a new market from the property, to demonstrate innovation and entrepreneurship.

They also submitted and were interviewed on a community footprint project; a three-minute video of each contestant acknowledging the importance of involvement and leadership in rural communities. Part of the judging criteria included wellbeing, their NZYF involvement, their own advocacy for a cause and their input into their local community.

The New Zealand Young Farmers Tournament Series have also been completed at a range of locations throughout the city with the winners announced tonight at the Norwood NZYF National Awards at Semenoff Stadium.

S54: FMG Young Farmer of the Year contest kicks off