“I am feeling overwhelmed, excited and relieved that it's over," he said.

"I’m just also so incredibly thankful to so many people, far too many to name but its a huge team of people to pull together this event and a big team behind me to get me here too”.

Jarman said he was determined to give Grand Final his best shot after initially signing up to the contest to just give it a go. “I was happy that I gave everything a go to the best of my ability and be competitive. I loved the practical day, the challenge of having to multitask under time pressure and be a bit strategic”.

He said he never dreamed he’d win the title of FMG Young Farmer of the Year but was immensely proud of the achievement and hoped it would inspire others.

The victory was a culmination of days of grueling practical and technical challenges set out to test the seven Grand Finalists’ skills, knowledge and stamina.

Contestants participated in a technical day, a practical day, speeches, exams and the famous FMG Young Farmer of the Year buzzer quiz.

An Inglewood Young Farmer, Jarman has been the fifth generation to work his family dairy farm, and also worked as a farm systems research graduate with Dairy Trust Taranaki.

“My fellow competitors certainly didn’t make it easy and honestly, I feel like it was anyone's game for the whole three days. It’s been a privilege getting to know them and to now call them friends”.

Joseph Watts was named runner up FMG Young Farmer of the Year, for the second time. The Tikokino Young Farmer missed out on the title in 2019 by a whisker to James Robertson and qualified for the cancelled 2020 Grand Final. “I put my absolute best into this, I made so many sacrifices and I’m so proud of how I competed, but at the end of the day there was seven amazing competitors, so big ups to Joseph and Jake who pipped me but I’m very grateful and proud of what I’ve achieved during this experience”.

This was the regional sales manager's second time competing for the prestigious title having previously competed in 2016. “It is an absolute honour to have Jake named as the 2021 FMG Young Farmer of the Year,” she said.

“As a first time competitor, it has been amazing to watch Jake shine and not just ‘give it a go’, but take out the title. He has proven to us again that this contest isn’t about age and experience but determination and cross-sector skills.

“Jake is a fantastic leader for the ag sector, a role model and has already inspired other young people to believe in themselves and showcase what they’re made of. It’s incredibly exciting to see what lies ahead for Jake and as the 2021 FMG Young Farmer of the Year, we are grateful to be able to part of that.”

The 53rd FMG Young Farmer of the Year kicked off with a bang on Thursday afternoon where Young Farmers from all around the country invaded the garden city. The New Zealand Army Band set the tone for the opening ceremony and the contest to come, leading a procession of contestants, supporters, sponsors and crew from Park of Remembrance to Riverside Markets.

The FMG Young Farmer of the Year practical day on Friday got off to a very chilly start but contestants hit the ground running and were eager to get stuck into making a mini farm/farmlet. 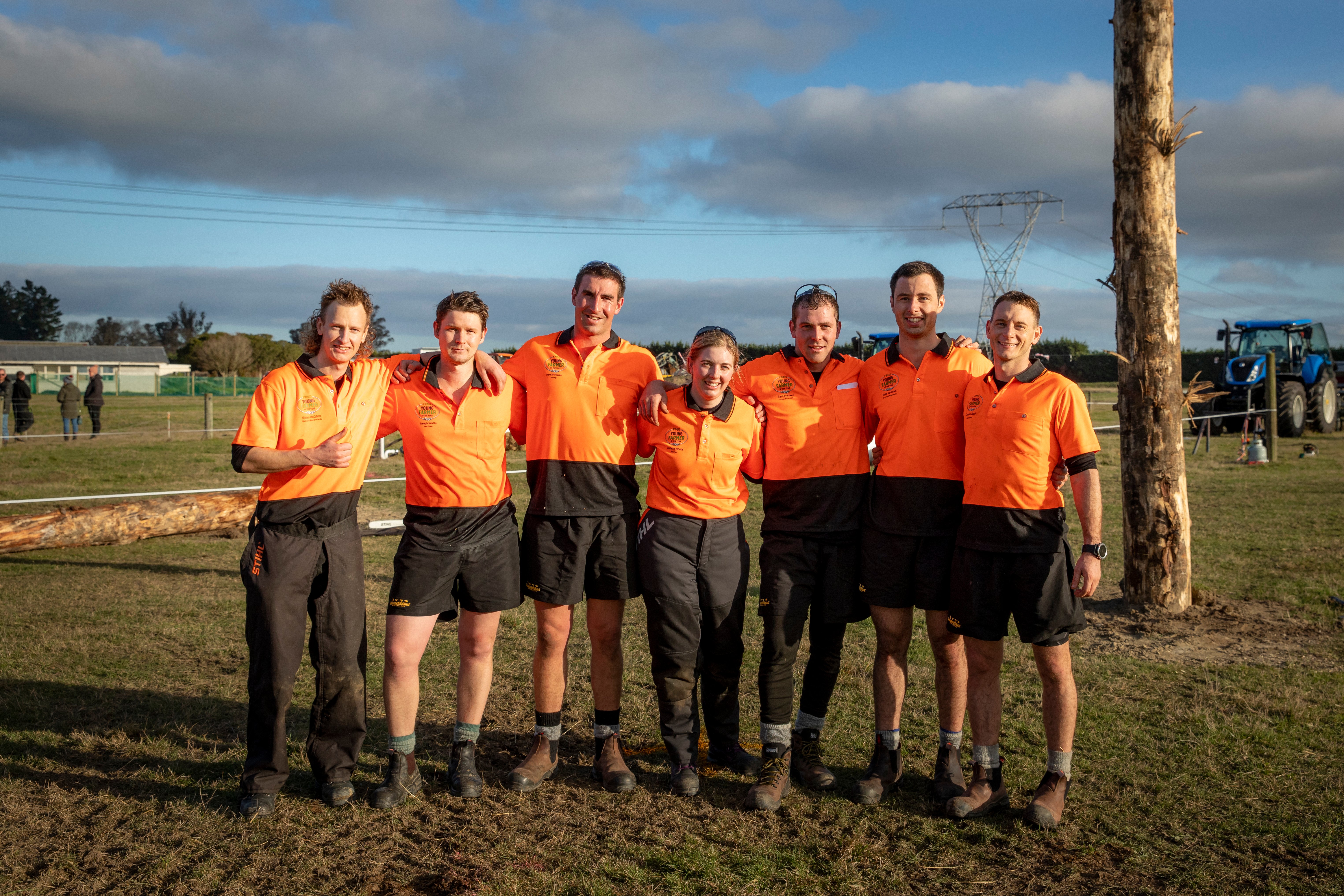 Throughout the day they had seven modules and a number of tasks to complete including constructing gates, railing and mailboxes, pruning trees, plumbing in a water trough and installing a water monitoring system to name a few

In between modules, the Grand Finalists battled it out in the head-to-head competition which saw contestants racing the clock to create a produce box as well as AgriSports which was all about strategy to gain the most points. With a large number of tasks to get through including putting together a spring gate, hooking up a New Holland tractor to a drill, using a gas saw, chopping down a tree and more – all in 45 minutes. Any safety infringements were penalised heavily with contestants having to race back to the start, jump rope for 30 seconds before navigating a series of obstacles to get back to where they were.

Speaking to a full crowd at the Christchurch City Town Hall on Friday evening, contestants gave a speech on their chosen topic out of three possible topics which ranged from sustainable agriculture, what they wished non-farmers knew and what the most innovative thing in their industry is. Saturday provided a more relaxed day ahead of the famous FMG Young Farmer of the Year buzzer quiz designed to test the grand final contestant’s knowledge across a range of topics.

After last year’s season cancellation, Coppersmith said the competition this year was fiercer than ever.

“To have such a wide range of Grand Finalists this year really shows the massive range of opportunities available in the agriculture, food and fibre sectors. Watching them battle it out in the classroom, on the stage and on the field and to have seen their individual strengths shine over the season has been a privilege. We are so proud of everyone who has contributed to and competed in the 53rd season of the FMG Young Farmer of the Year contest. Lastly, a big thank you goes out to all out sponsors and volunteers who make this contest possible every year.”

FMG Young Farmer of the Year is an iconic contest which began in 1969. Today it’s one of the country’s most prestigious competitions in the primary sector and attracts around 200 contestants each year.