A first-time competitor has cleaned up at the Taranaki Manawatu FMG Young Farmer of the Year Regional Final.

Jake Jarman, 23, not only took out the regional title as Taranaki Manawatu FMG Young Farmer of the Year and became the first competitor of the season named for Grand Final, but he also won the most points in all four contest strainers.

Speaking of his win, Jarman said he was overwhelmed to have come out on top.

“Being a first-time competitor might’ve played into my favour as I just didn’t know what to expect so I wasn’t too worked up about any one aspect, I just thought I’d give it a go, try my best and see what came of it,” he said. 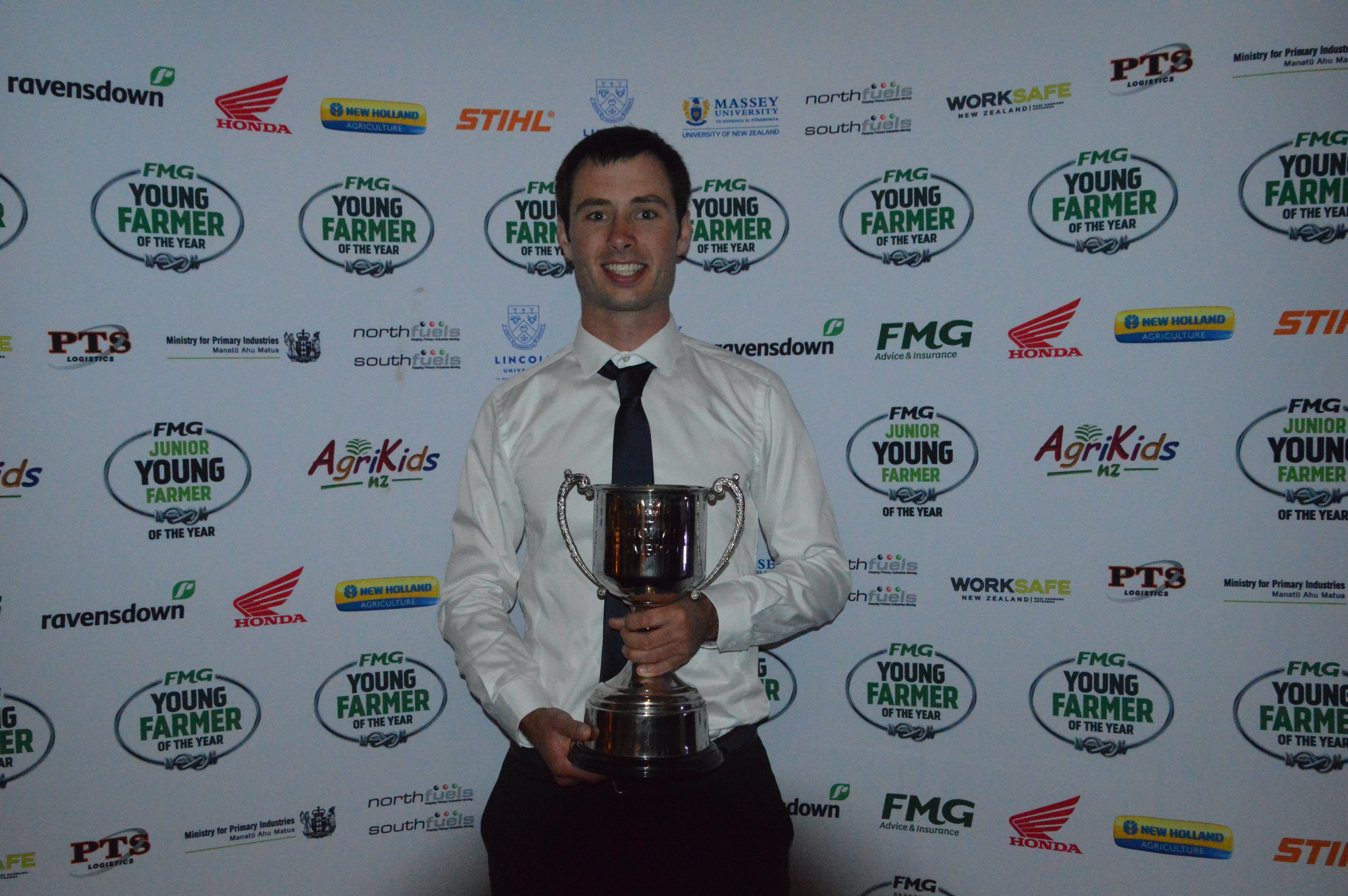 The event was held at the Awapuni Racecourse in Palmerston North on Saturday 23rd January, where eight contestants chosen from three District Contests battled it out in a series of modules, and time and points races.

A written exam, as well as the famous FMG Young Farmer of the Year (FMG YFOTY) buzzer quiz at the Evening Show on Saturday night also tested the regional finalist’s knowledge. With the contest based around four strainers – technology and innovation, environment, people, food – Jarman was grateful to have been consistent across all four of them.

“Working to a time pressure and making sure you tick everything off that you could while still doing it to a high standard was the big challenge,” he said.

“The head to heads where that was the most critical part, were the most enjoyable because we all competed at the same time, all our supporters were right there and you got to appreciate how much you’d done when the whistle went at the end and compare with everyone else.”

Before accepting the role with ANZ, Jarman was a part time researcher for Dairy Trust Taranaki and worked part time on the family dairy farm in Inglewood.

He holds a Bachelor of Agri Commerce from Lincoln University and a Masters in Agricultural Science from Massey University.

He was looking forward to creating a ‘rigorous training plan’ to prepare for Grand Final in July but also wanting to enjoy it at the same time.

“I just loved Friday and Saturday and that’s what made competing so much fun, I just genuinely enjoyed doing the modules, head-to-heads and getting to know the other competitors,” he said.

Stock truck driver Lawn, 31, was competing on an age extension after qualifying for the 2020 Grand Final and being impacted by the season cancellation in amidst the COVID-19 pandemic in March.

Although disappointed to have missed out on his last shot at the national title, he said he was incredibly pleased for Jarman and very happy with the final results.

His competition days now over, Lawn was looking forward to reassessing and realigning his priorities.

Fitzherbert Young Farmer Kate Stewart who came in third was also a first-time competitor and said she underestimated her ability going into the contest.

“It showed that I need to do a little bit more fencing today but also it’s not all about the brawn in the competition. Even though my fence might’ve been a bit of a shambles, I still had an absolutely brilliant day. The range of modules was awesome and I learnt a lot,” she said.

“I hope I can show that a female who doesn’t have a real physical job day to day can actually compete in a Regional Final,” she said. 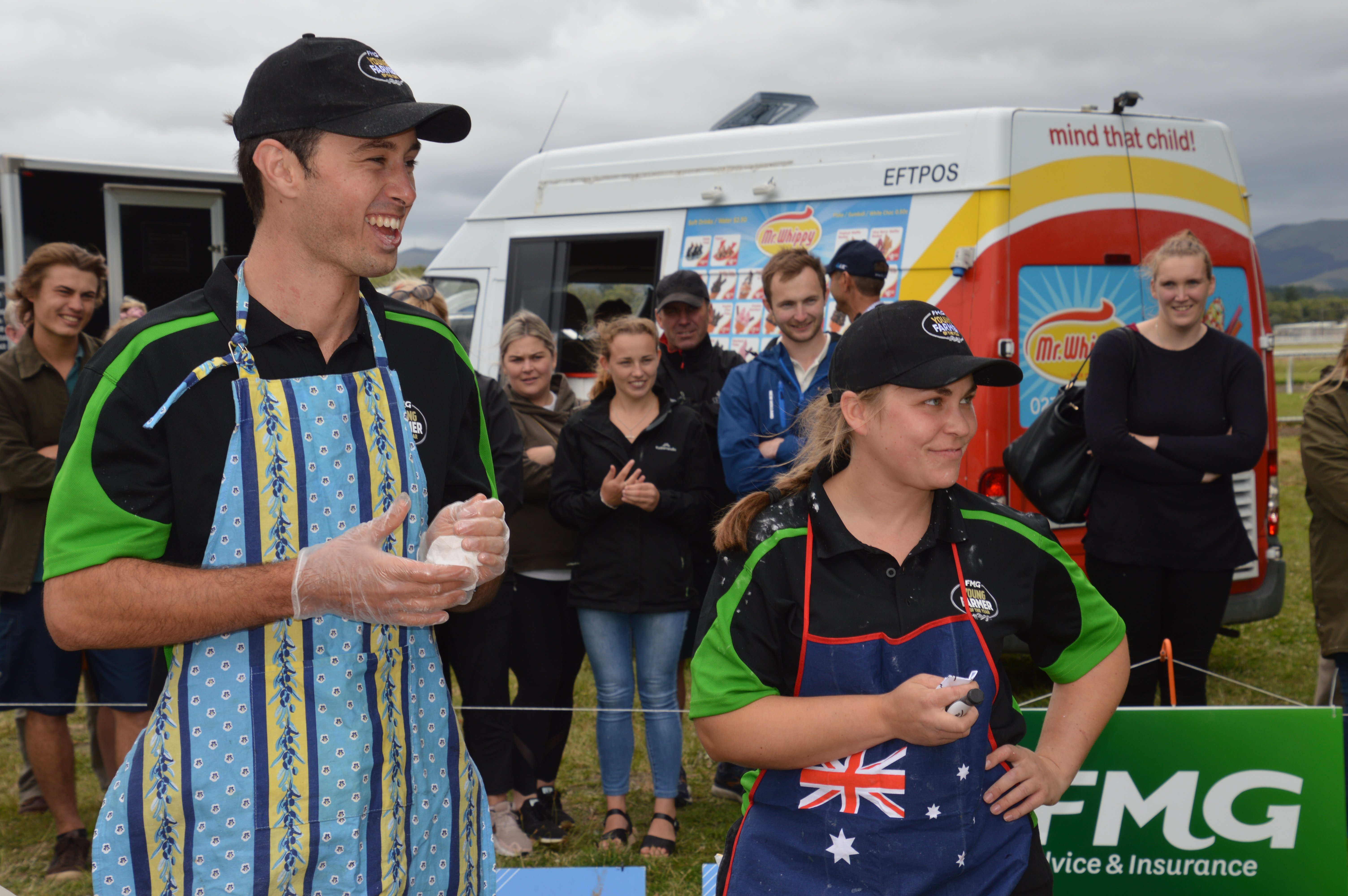 The 53rd season of contest was much awaited following the 2020 season cancellation, which became the first time in contest history.

Regional Final Convener Robyn Engels, a Sustainable Dairy Advisor for Fonterra Farm Source, said it had been fantastic connecting with the committee, contestants, sponsors and local supporters throughout the event planning.

“Palmerston North and the Manawatu Region in general is an agricultural hub. We have such a diverse region - from the university classrooms, to the research labs, to the land we farm - we couldn’t wait to mix this all together to give the contestants a challenge and the spectators an absolute show,” she said.