The contest for high school students in Teen Ag Clubs was held at the Awapuni Racecourse in Palmerston North on Saturday (23rd January).

It ran alongside the Taranaki Manawatu FMG Young Farmer of the Year and AgriKids Regional Finals.

Runner up FMG Junior Young Farmer of the Year was awarded to the Chicory Chicks from Feilding High School and Palmerston North Girls’ High School, Nikki Baker and Jade Askin. Both teams have been invited to compete at the Grand Final in Christchurch in July which runs alongside the FMG Young Farmer of the Year Grand Final.

Third place was taken out by another team from Feilding Agricultural High School, Blake McEwan and Jack Cammock. 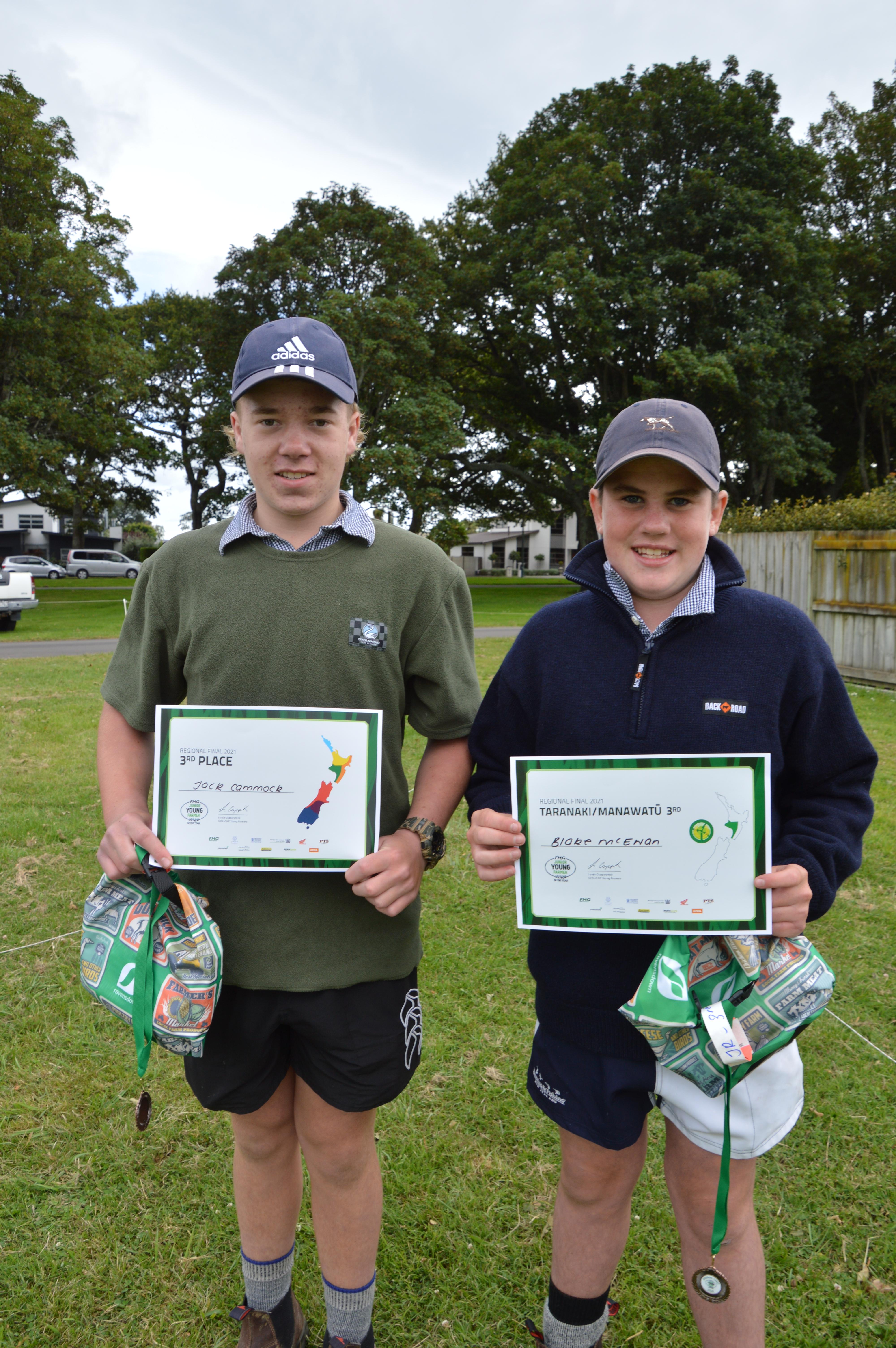 Thomson from a sheep and beef farm and Allomes, from a dairy farm combined their different skillsets and farming knowledge to use to their advantage during the quiz phase of the contest.

“We were a bit sketchy in the first round, some of the modules were hard but we went well in the Face Off,” Thomson said.

“Super excited” to have won, the pair have now turned their focus to preparing for the Grand Final in Christchurch in July.

“We’ll research a bit more than we did today and do some fundraising as well,” Allomes said. 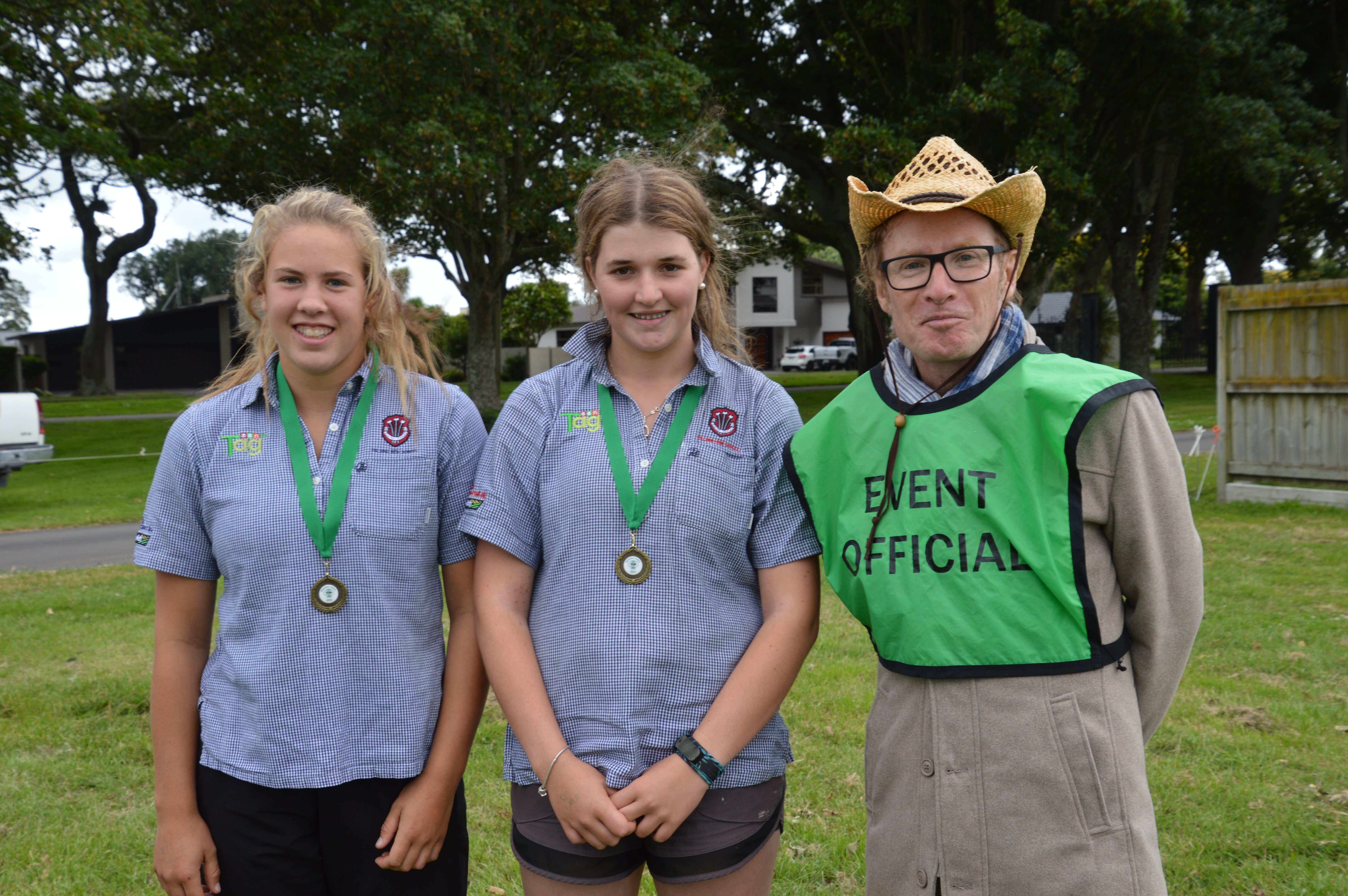 The Hiwinui Huntaways from Hiwinui School, made up by Logan Baker, 10, Van Campbell, 13, and Lochlan Wood, 12, were crowned the Taranaki Manawatu AgriKids winners. 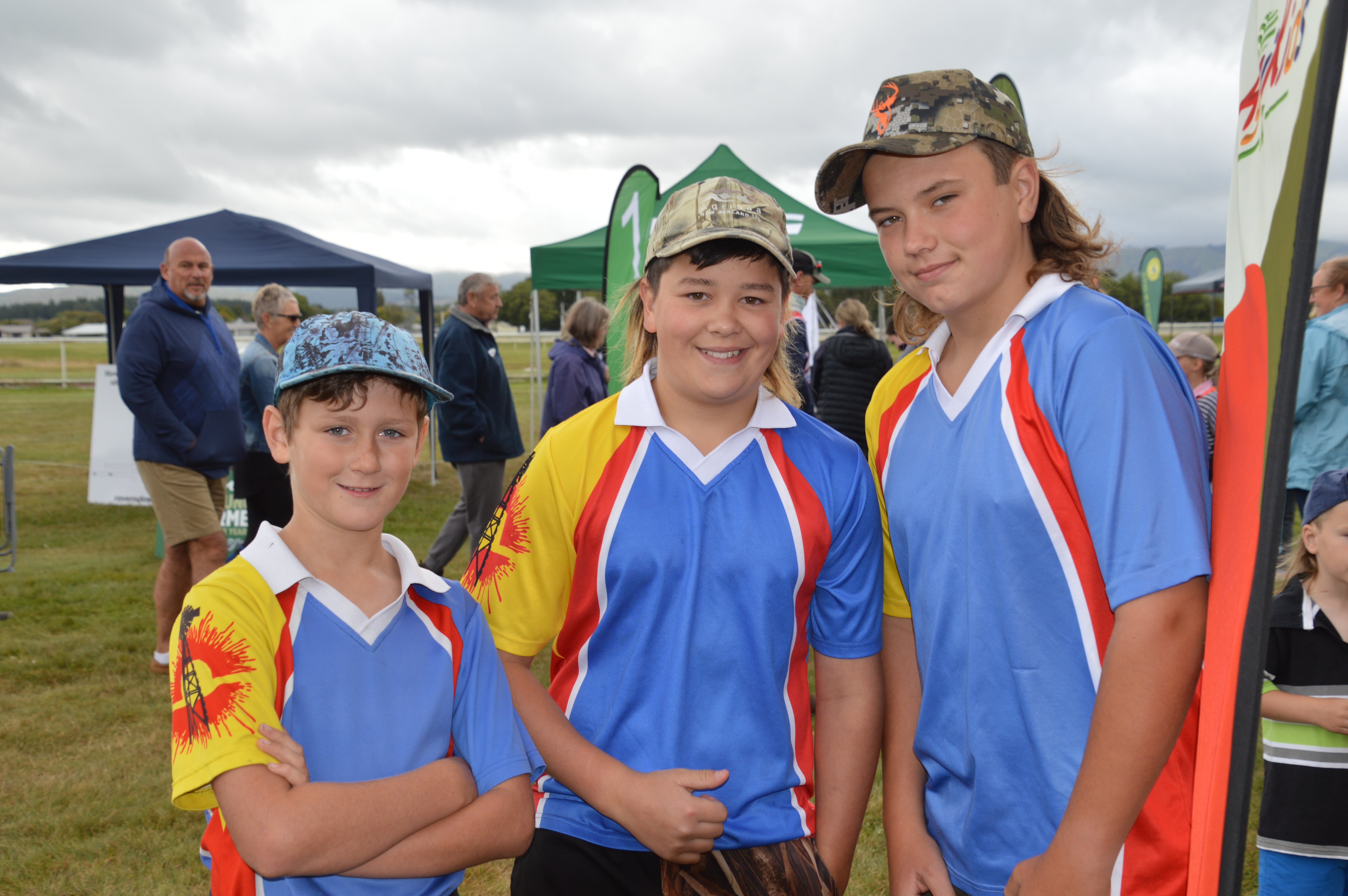 Second place was awarded to the Mak Trapper’s from South Makirikiri School, made up by Fono Bason, Jonty Skerman and Alex Jamison. 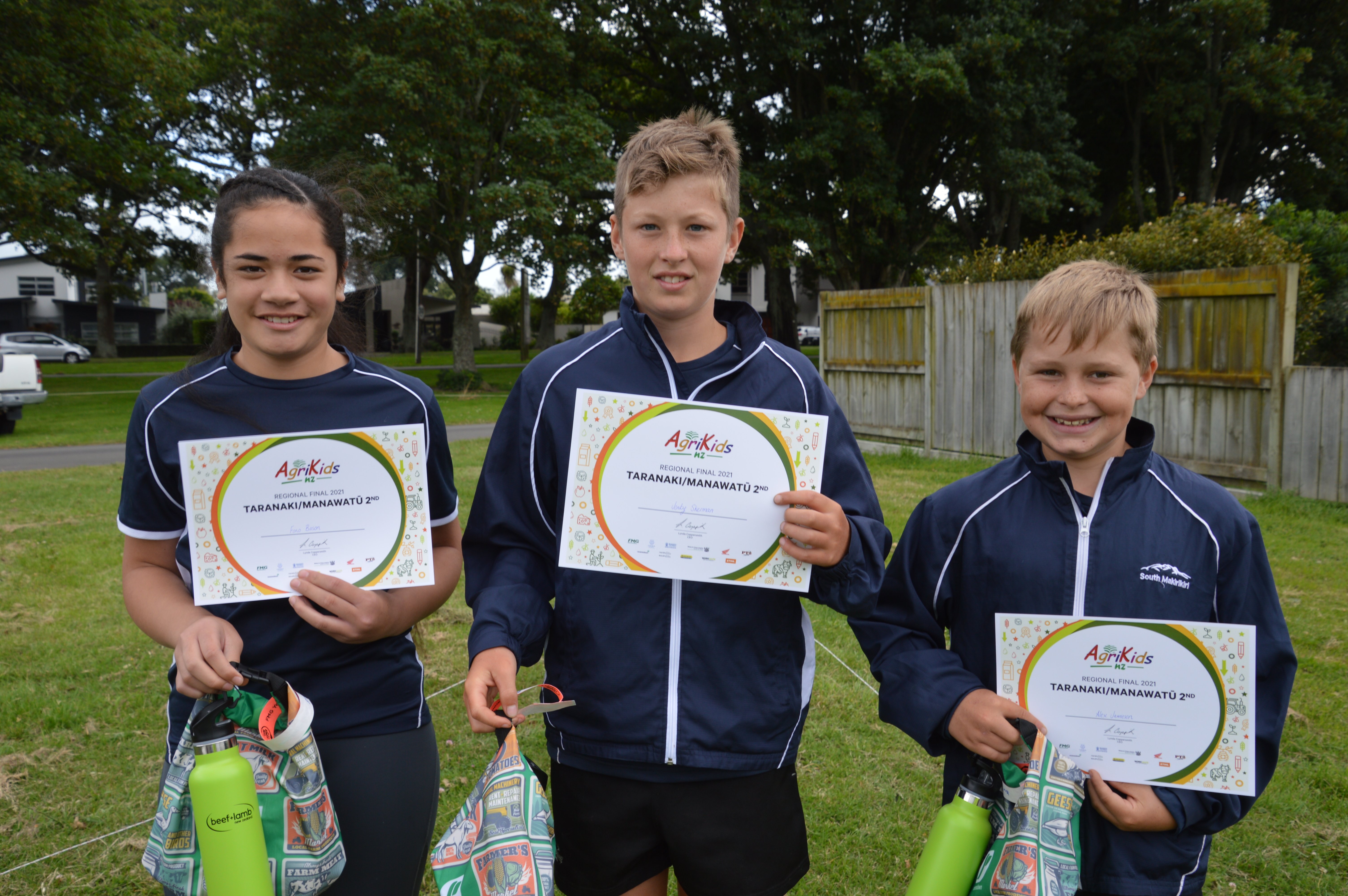 Jordyn Taylor, Felicity Oloney and George Cunliffe, also from South Makirikiri School came in third where Cunliffe was also awarded the AgriKids Competitor of the Day. The Hiwinui Huntaways were over the moon to have taken out the top gong for the competition.

“Just being here was our favourite part of the day,” Logan Baker said.

With the trio all keen motorbike riders, they enjoyed the Honda module the most and said it was the easiest.

Looking forward to the Grand Final in Christchurch, Van Campbell said they would now turn their minds to studying and practicing.