A duo from Mount Hutt College have taken out the title for Aorangi FMG Junior Young Farmer of the Year 2021.

Sophie Atkins and Eddie Millichamp topped the points table for the regional competition. 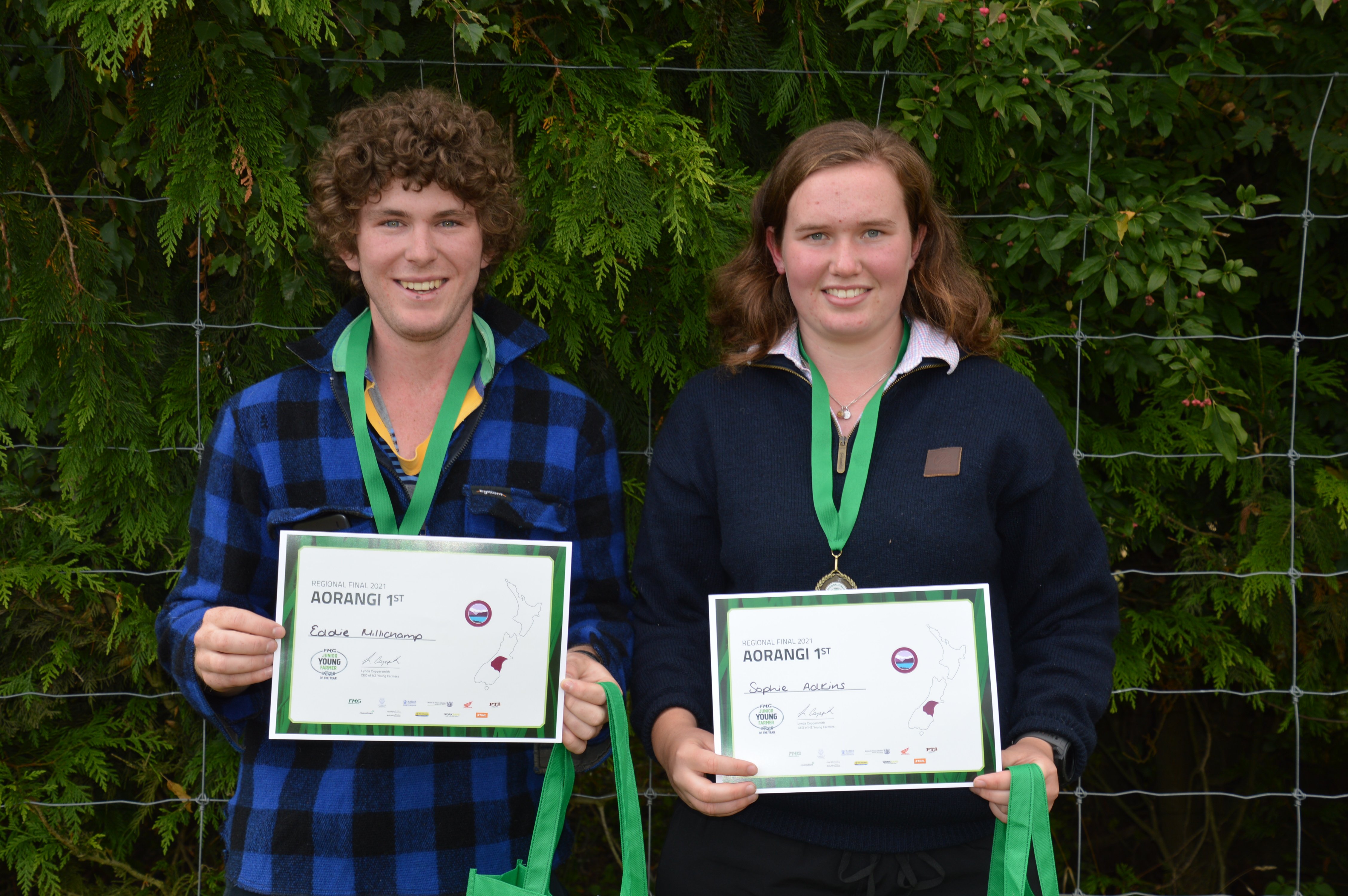 The contest for high school students in Teen Ag Clubs was held in Methven on Saturday, running alongside the Aorangi FMG Young Farmer of the Year (FMG YFOTY) Regional Finals.

The duo was ‘pretty pleased’ with their win, with their preparation work before the competition paying off.

“It was a really enjoyable day, the modules were all really fun and educational. The coolest thing I learning what a capon is,” Eddie said.

“We tried to prepare as much as we could. We looked at the tips and tricks we got and did a lot of research on different companies. There were some challenging elements but it was great,” Eddie said.

Runner up FMG Junior Young Farmer of the Year was awarded to Kieran Chisholm and Robert Firth Geraldine Highschool. 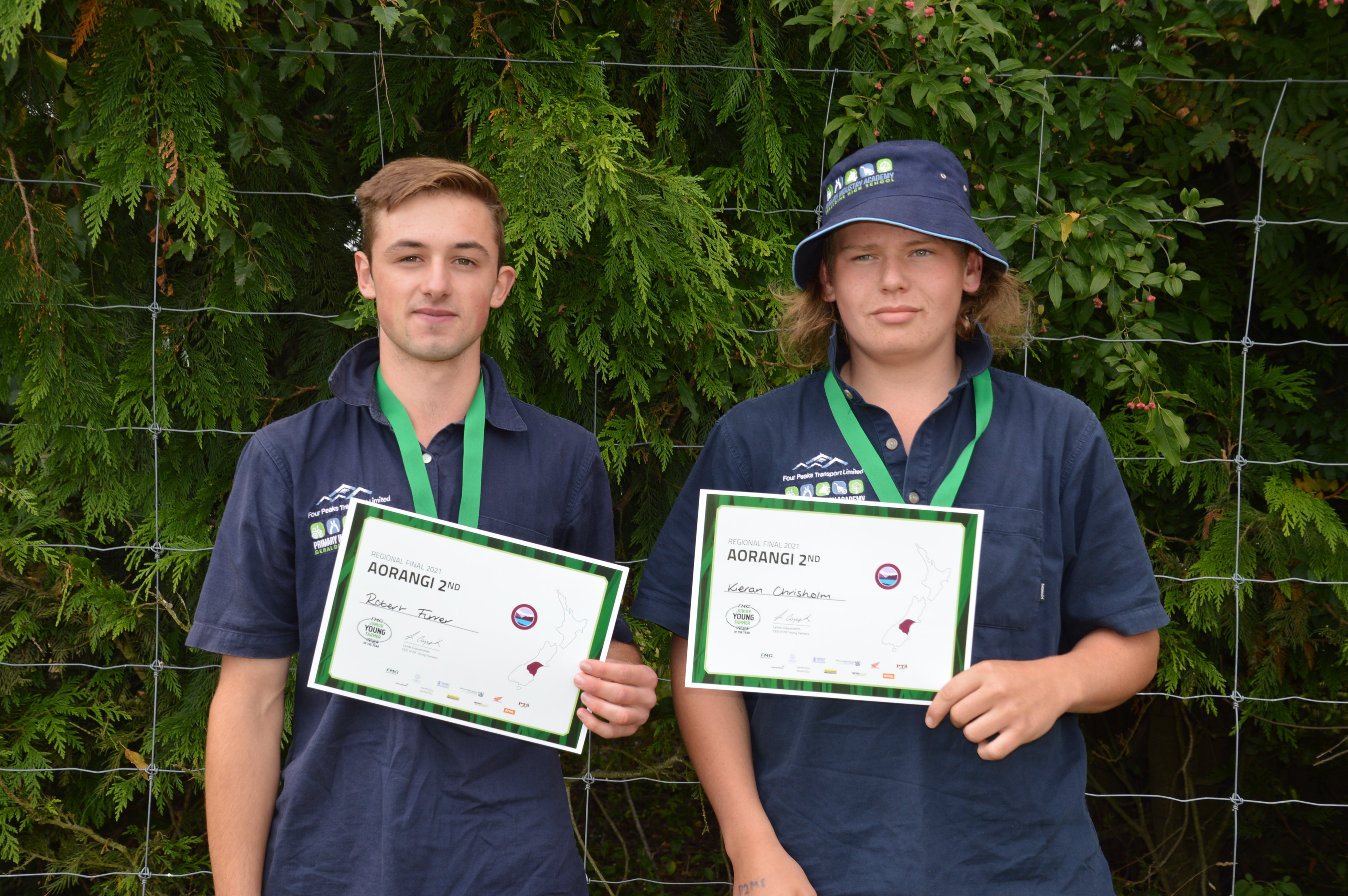 “I think we both really enjoyed the buzzer round and learned a lot from all the modules,” said Kieran.

The AgriKids competition for primary school aged children also ran alongside the teenage and senior contests.

Team work made dream work for a trio from Carew Peel Forest School who were crowned the winners, made up by Ana Edkins, Ellie Moore and Olivia Connor.

“We all worked really well together, I think we learned that team work gets you places!” said the trio. 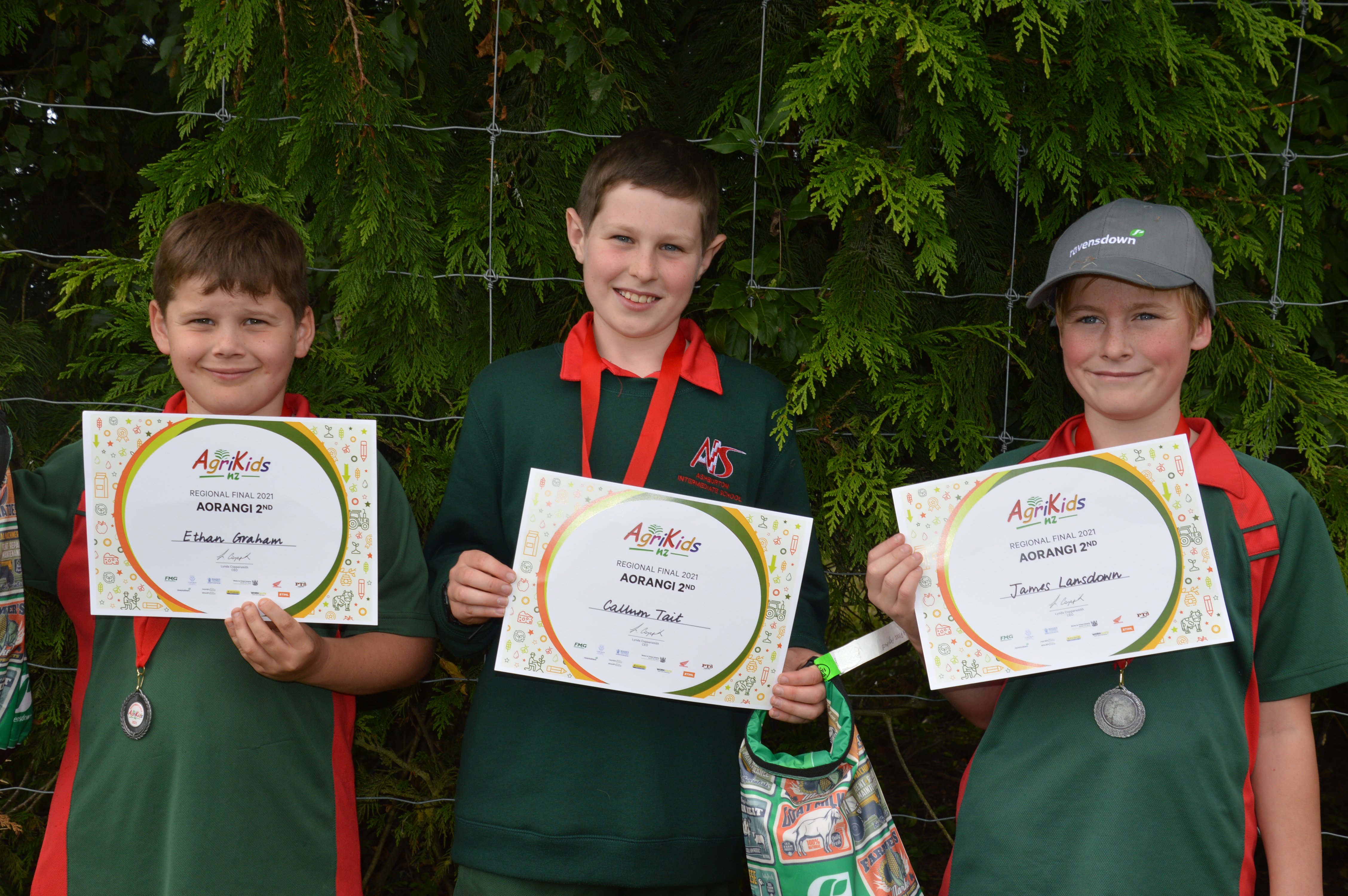