Now heading to the Grand Final in Christchurch in July to battle it out for the FMG Young Farmer of the Year national title, McAlwee said he was feeling the pressure heading into the Grand Final. 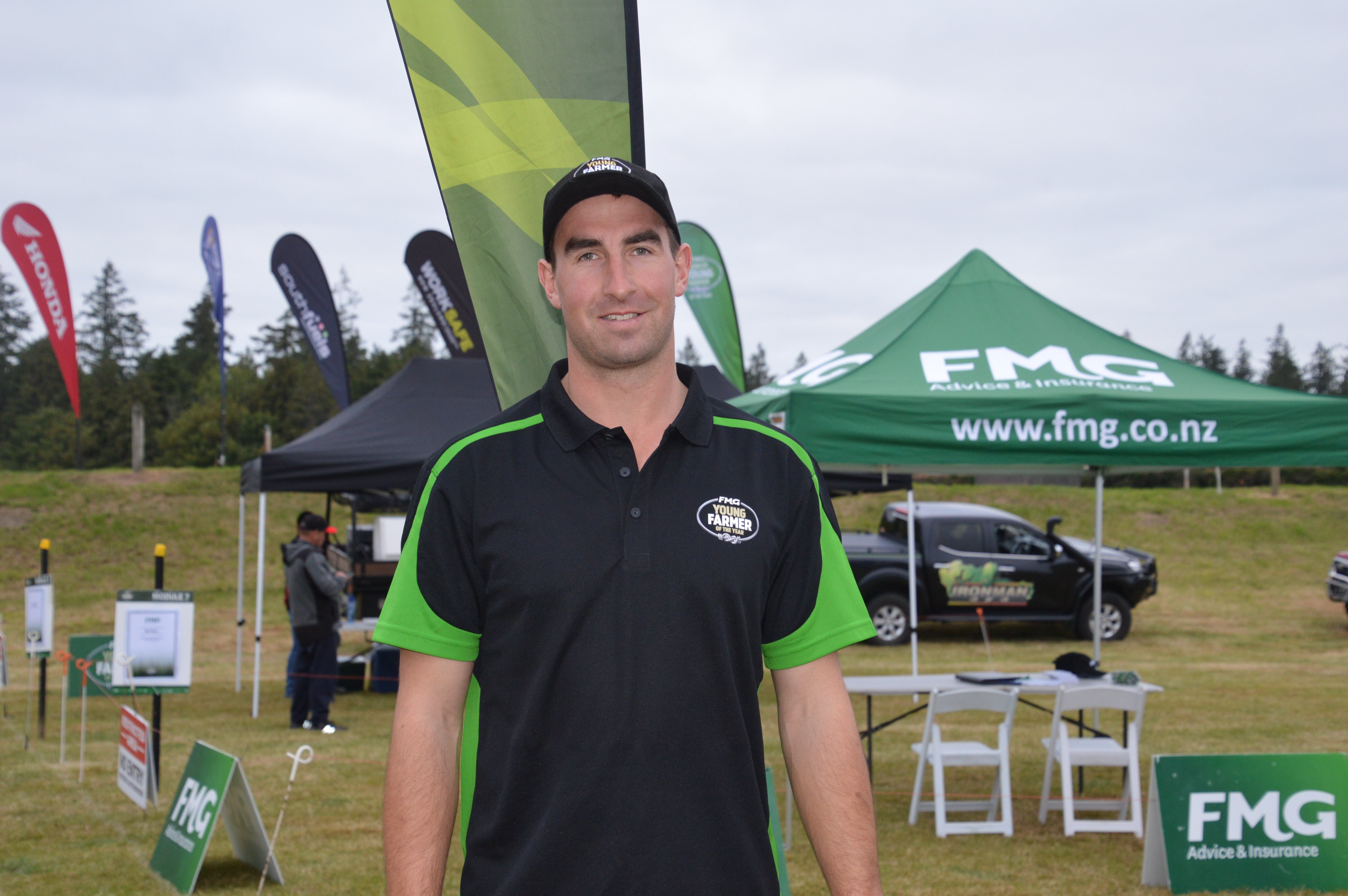 “Feeling a bit stressed thinking about what’s to come. I got some advice from previous winners before coming here, and it was to not win because you learn more, so I didn’t really follow that!” he said.

As a first time competitor and member of the Pendarves Club, he said there wasn’t any part of the day where we didn’t learn something new. McAlwee is an assistant manager at Singletree Dairies, a 2,500 cow farm. He said that he felt his job prepared him for a lot of what the competition threw at him, in particular his experience with the people and health and safety side of the competition.

“Working on such a large operation has given me a good base of knowledge around everything, especially the people aspect of farming, which really helped me today.”

McAlwee secured an early lead after the practical day, ending up 38 points ahead of runner up, Jason Erasmus at the conclusion of the quiz. 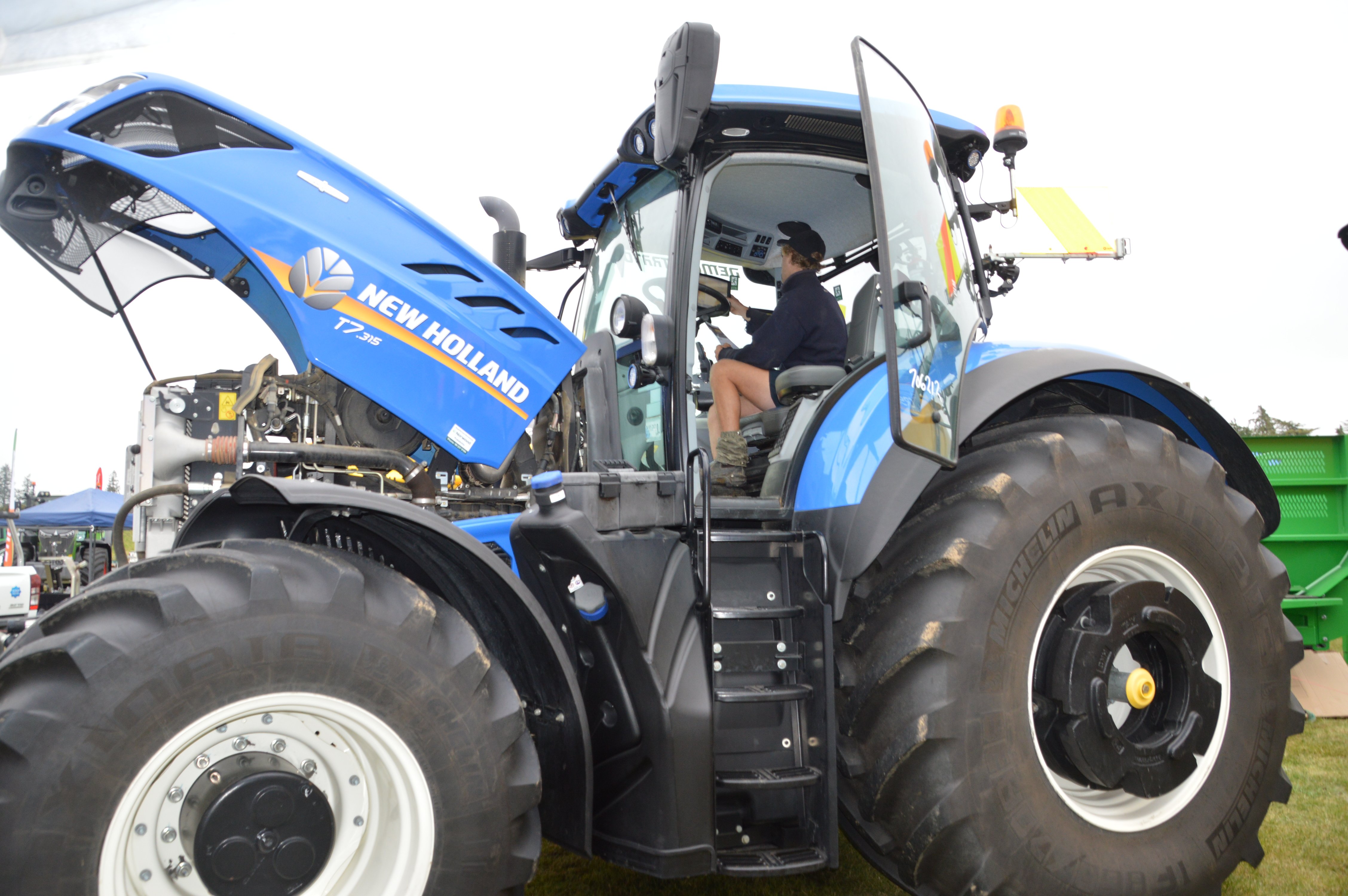 While he admits his burger cooking in the head to head left something to be desired, he said he was pleased with his performance despite facing some challenges.

“Boning out a shoulder without making a hash of it was probably the hardest part of the day. But I think being in the limelight was challenging as well, it’s not something I’m used to,” he said.

With the contest based around four strainers – technology and innovation, environment, people, food – finalists who earned the top points in each strainer also won awards.

“I really enjoyed the WorkSafe module, there was a fair bit of technology involved and it was a module that really got me thinking,” McAlwee said.

In the lead up to July, McAlwee will be juggling a busy period of time on the farm with his Grand Finals preparation, but he’s looking forward to the challenge.

“I didn’t expect to win today, I came in with zero expectations, so I think I need to focus on relaxing a bit and getting as prepared as I can before the Grand Finals. I’ve got a good base of farming experience to fall back on,” he said.

Runner up, Jason Erasmus was also a first-time regional finalist. A member of the Mackenzie Young Farmers club, Erasmus said he decided to enter the competition because his club hosted the district competition. 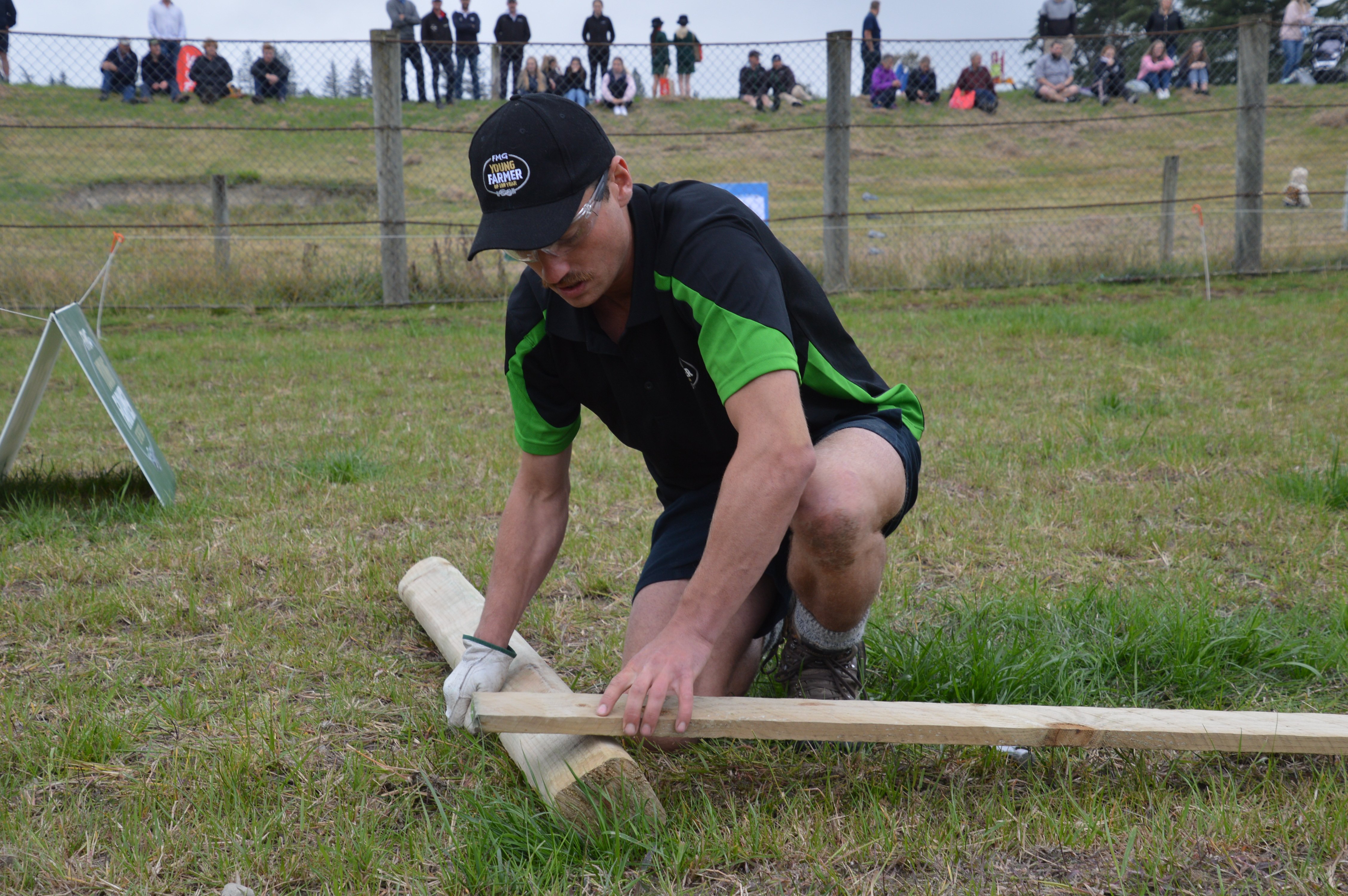 “I wanted to give it a crack to support my club, so to end up as runner up at the regional final is a bit of a surprise.”

Erasmus has a varied career path to date, with experience in mechanical engineering to working on a stud stock farm, he bought all his skills and knowledge with him to the competition. 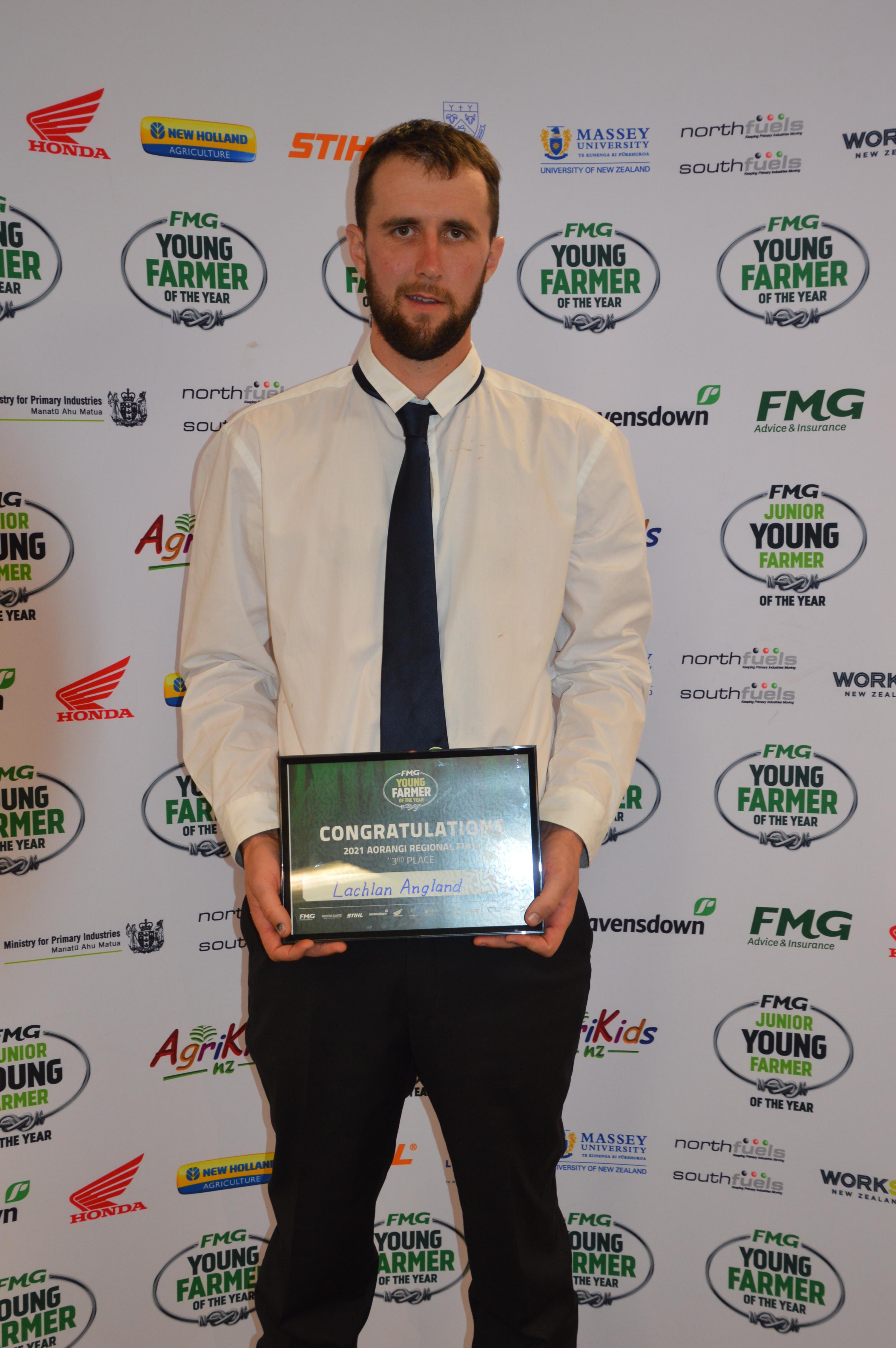 “It was really exciting to see the Pendarves club perform so strongly this year. This is my first time at regionals. The breadth of knowledge you need for this competition is huge, so I think I could have studied harder but all in all, the day was a success,” he said.

The eight regional finalists competed in eight modules and battled it out head-to-head in two time and point races at Methven A&P Showgrounds on Saturday 20th March.

The two head to heads involved making a tree guard, reassembling a chainsaw and cutting wood, lighting a fire and cooking a burger. 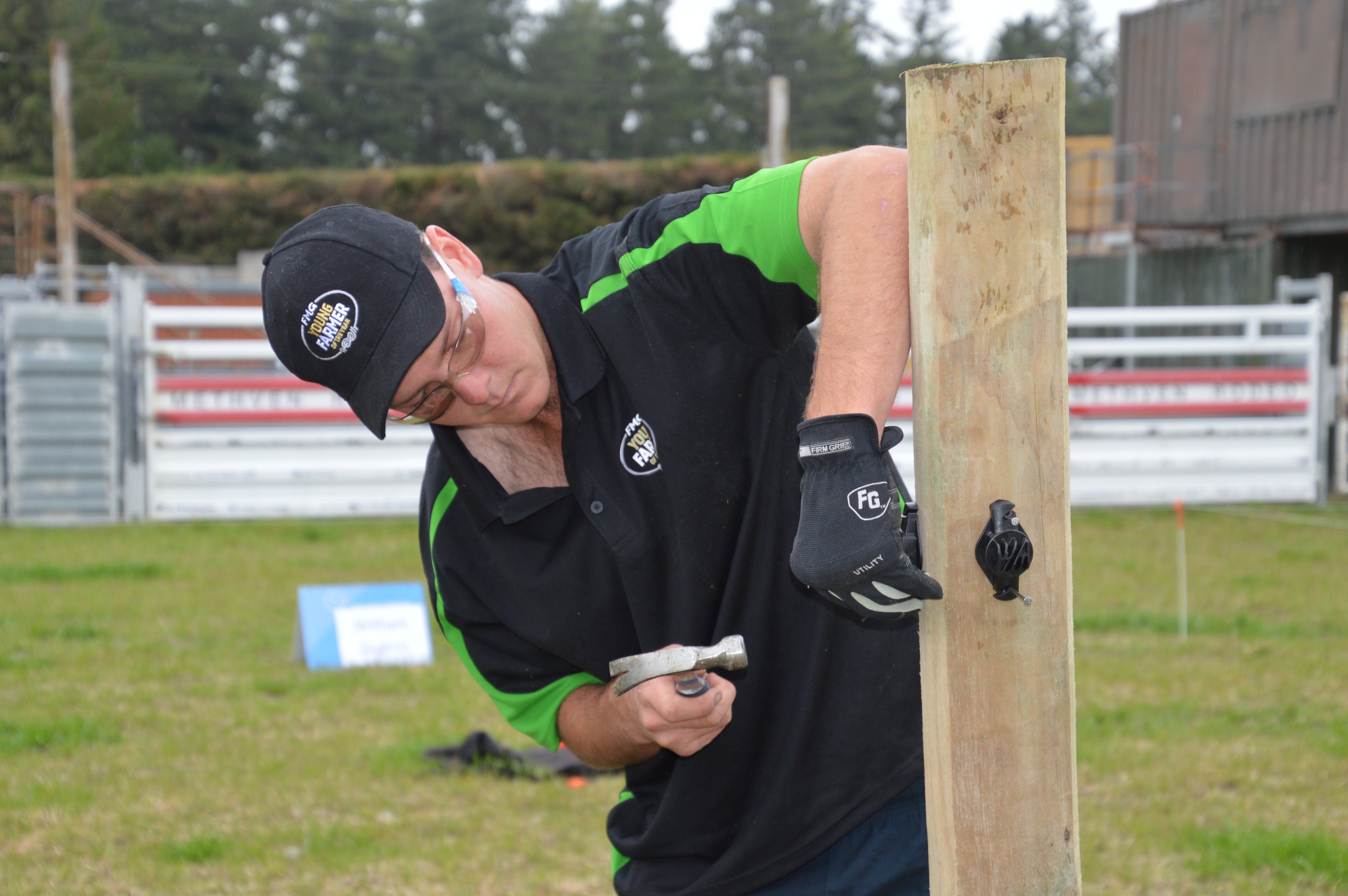 “The head to heads weren’t at all what I expected, so they were certainly challenging but a bit of fun at the same time,” said Erasmus.

The event was convened by Todd McConnell from Hinds Young Farmers Club.

“We had an amazing team around us to put this event on. There are always challenges with running an event alongside an A&P show but it was a fantastic opportunity to really raise the profile of the competition. We had a really good crowd of spectators,” he said.