Surrounded by native bush, Tim Dangen can see a glimpse of the wild West Coast waves battering the coastline from the peak of his family's Muriwai farm. 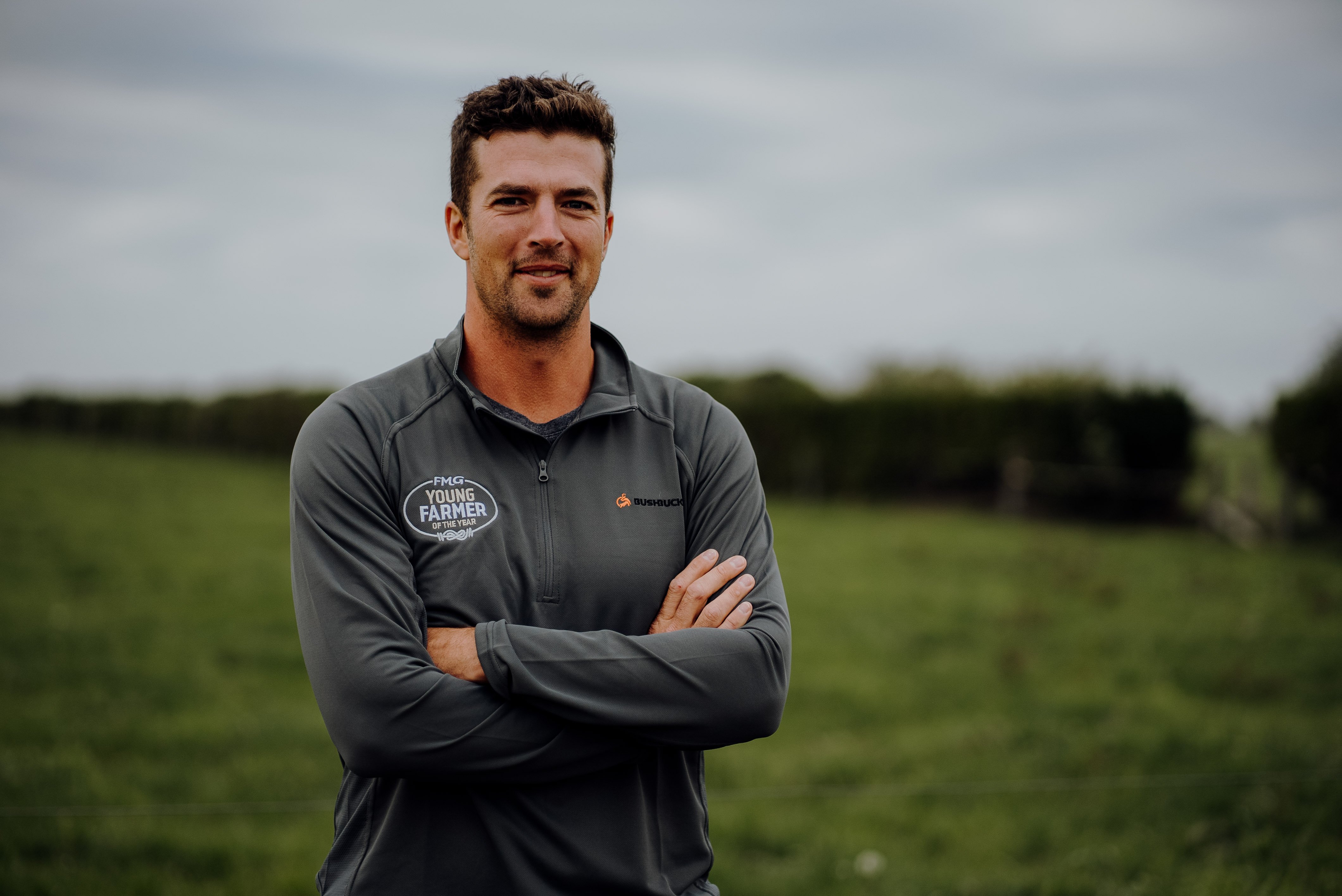 Born and raised on the steep country that straddles Goldies Bush Scenic Reserve, he's the third generation to call it 'home'.

"We've got a fairly strong connection to the land I think because of the grafting that's gone into it to make it into the farm that it is today," he reflects.

"It's got a few challenges about it that's for sure, but we love the location and the balance the farm gives us by being close to the city."

As the urban sprawl of Auckland creeps closer, the Northern FMG Young Farmer of the Year contemplates the changing land use and how best to adapt while honouring his family legacy.

"Our long-term vision for the farm is to turn it into an educational facility," he mentions.

Vote for Tim in the FMG People's Choice Awards here.

At 100 hectares, currently the home farm is a commercial calf rearing business, supplemented by another 200 hectares of lease properties scattered around the district.

The 30 year old and his wife Jenny Dangen live in an apartment in Hobsonville Point while their dream home is built on the farm. She commutes to Albany every day and he to the farm, shifting stock on the lease blocks on his trek back into the City.

Seven years ago, Dangen returned home to the farm with the aim to eventually take it over and sat down with his parents to assess the farm operations and how to make it financially sustainable.

Settling on calf rearing, in the first year, they reared 200 calves and realised there were some fairly profitable margins.

They took the business model and scaled it up, now rearing 1,000 calves a year. The lease properties - mainly lifestyle blocks - allow the calves to be held on-farm for longer and sold at a variety of ages instead of just the weaner market.

Aware the current operation has a limited commercial shelf life, Dangen and Jenny are looking at other options to diversify and capitalise on being on the fringes of the big smoke.

"We're building a big shed which we'll use as a wedding venue to generate revenue," he says.

"The farm will always have animals on it because of its size, but if we can try and steer the finances towards the hospitality sector it might free up time to be able focus on my other passions. "

Dangen graduated from Lincoln University with a Bachelor of Agricultural Science in 2014 and dipped his toes into dairy farming in Southland for 18 months, an industry he loved.

Employed by Simon Hopcroft and wife Janine, he credits the pair for inspiring him into a hands-on farming career.

"Coming out of University I was probably going to head into rural valuation. It wasn’t until I did a Summer practical session in Southland, it opened my eyes a bit and they showed me how good farming can be and how if you get everything right you can live a pretty good lifestyle," he said.

Hopcroft, crowned 2004 FMG Young Farmer of the Year, also guided Dangen into becoming a New Zealand Young Farmers’ member and passed on the legacy and passion of Contest. 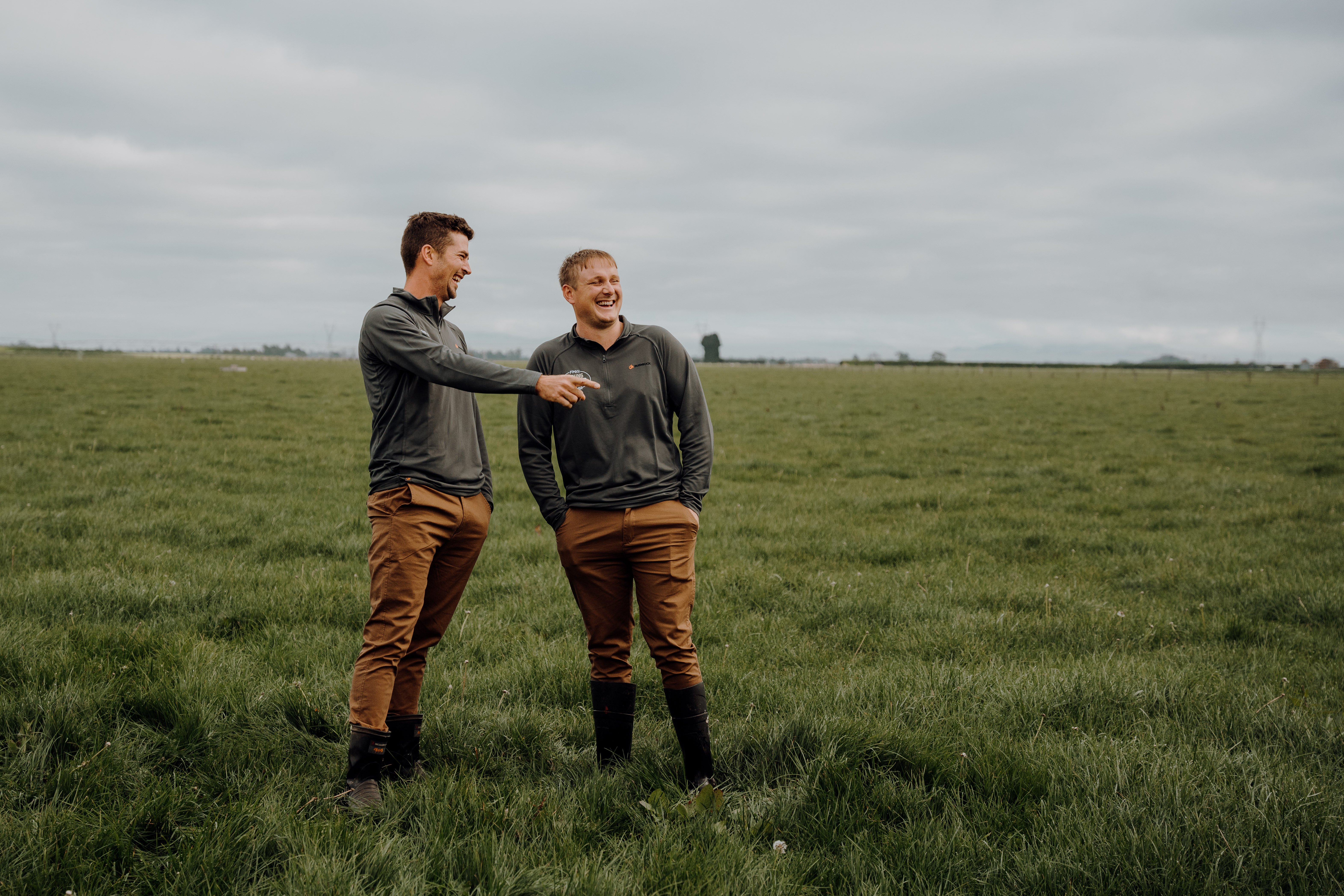 Tim will be competing against his brother in law, Chris Poole, representing Waikato Bay of Plenty.

Since then, Dangen hasn't looked back. Heavily involved in Auckland City Young Farmers, he’s also competed in four Regional Finals, finally making it through to Grand Final this year.

"A contest like this makes you stay on top of topical issues, keeps pushing your boundaries in different sectors and makes you think in an innovative way," he says.

"It makes you want to represent your (NZYF) Club and other farmers with pride and that filters down into your day-to-day work."

"Most things that I do now, I try and do with the lens that I'm representing my Club and all farmers. It makes you a bit more self-aware to keep pushing yourself to do the best you can for your land and animals."

"If you try enough times, you'll get through eventually," he laughs.

His main test at Grand Final will be his memory and quiz speed. Despite knowing the answers, he has discovered he can be a bit slow to hit the buzzer.

Dangen wants to use his profile as the Northern FMG Young Farmer of the Year to showcase the opportunities involved in the sector and 'make farming sexy again'.

"The more opportunities that are shown to young people the better. It also plants a bit of a seed that there's lots of cool things happening in the industry at the moment, and there always will be."

"We're all role models, everyone who's involved in the sector has the opportunity to inspire others towards the sector and be a role model. Farmers are a bloody awesome group of people."

Breaking down stigmas that there's only 'on farm' jobs in the sector, he also believes we should be patting ourselves on the back a lot more for being the most efficient dairy and beef producers in the world. 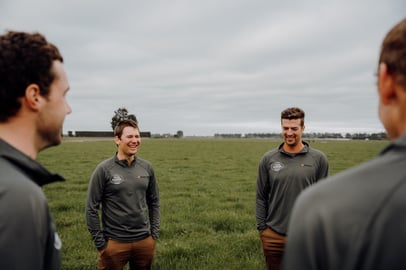 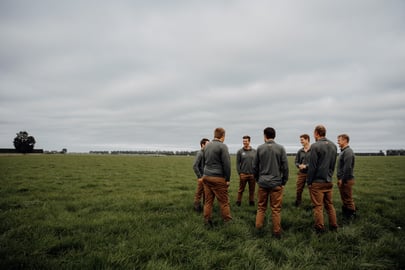 "Our biggest asset is our people. We often tell the story about our land and our animals, but it's our people that are truly special to New Zealand farming. People are the ones who've put us in the position we are now and in good stead for the future going forward."

"As long as we continue to attract good young people, we move with innovation and technology I think New Zealand farming will continue to be world-class and world leaders in many areas because we're already at the front."