Using technology to reduce their environmental footprint and take better care of their herd is part of everyday business for dairy farmers Chris and Emma Poole. 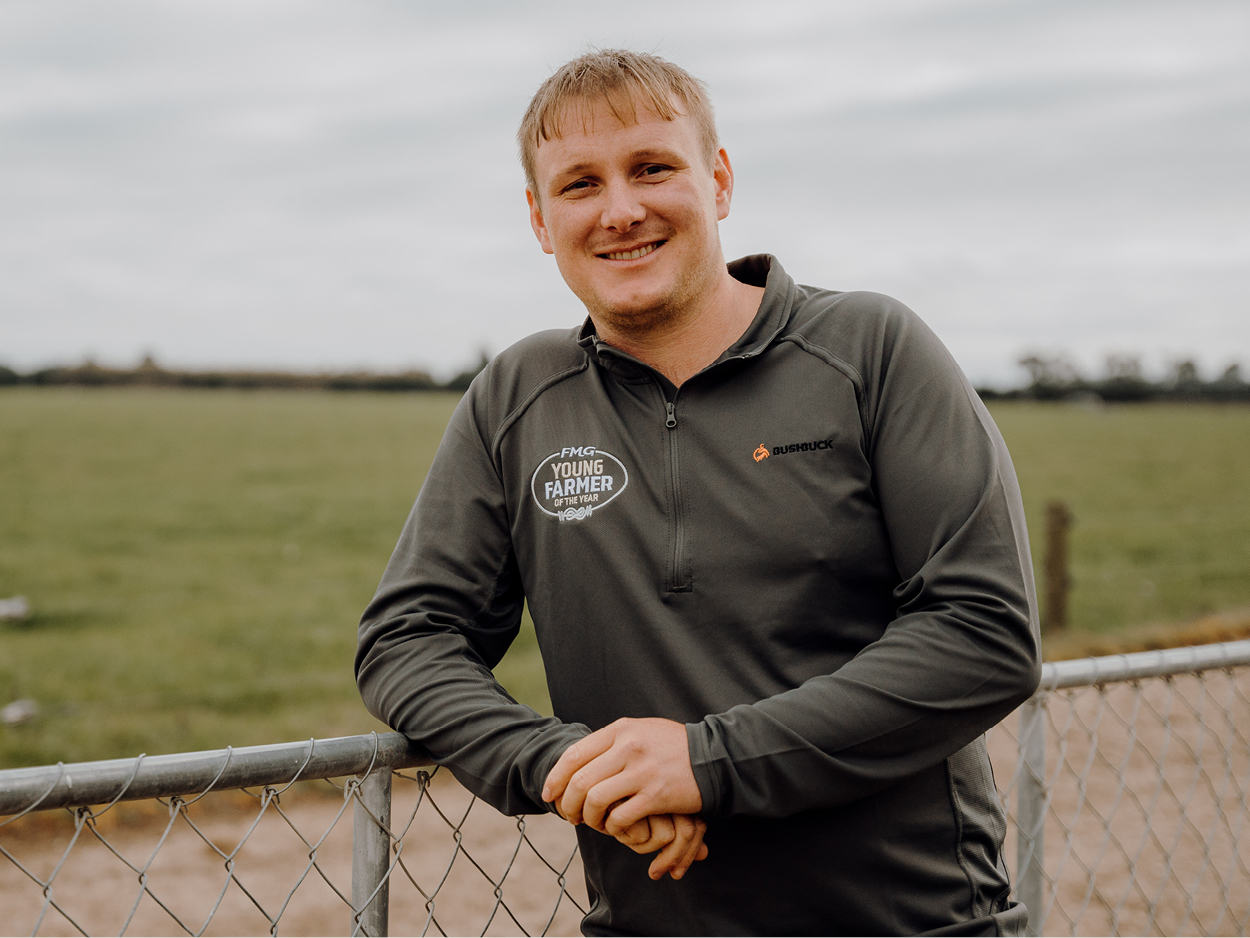 They were the first farm in the country to trial brand new cow collar technology from the Netherlands, Connecterra in 2019.

Chris, the Waikato Bay of Plenty FMG Young Farmer of the Year is adamant technology will go a long way to improving the dairy industry.

"No one has got time to be in the paddock constantly watching your cows every hour, every day of the year," he says.

Using machine learning, Connecterra analyses the data it collects from each cow and informs of problems before they're visible.

"They're on the cows 24/7 monitoring how much they're eating, how much time they're spending sitting down, walking, standing – which indicates health problems before they arise and before we'd normally see them," he says.

"You get a text and an app notification on your phone, then it'll even draft her automatically as well so there she is sorted out from the rest of the mob already. By picking up on those things earlier, you can limit the antibiotics you'd use to fix that animal because she's not as sick as she'd be when you'd usually find her."

Vote for Chris in the FMG People's Choice Awards here

The biggest aid he thinks it provides is at mating time, one of the most important events in the dairy calendar, where the collars can automatically find and tell you when a cow is on heat.

"Traditionally farmers are physically checking their cows manually every day and you tend to get fatigued, tired and the level of accuracy decreases, so it takes that human error out of it," he says.

"Technology can change the job completely. A lot of young farmers get worn down because there's so many mundane tasks so if there's anything to reduce that, then it's going to increase the longevity that young farmer is going to have in that job."

Chris and Emma are in an equity partnership with his parents, John and Anne Poole on the family farm near  Pirongia.

John and Anne are still heavily involved in the farm, taking care of the  drystock  block and checking in on the dairy farm every day.

They milk 720 crossbred cows and rear 850 beef calves across 202 hectares on a system five, growing a lot of their own feed and buying it in for higher production per hectare, per cow.

"Our system is designed to be able to fully feed our cows every day of the year, no matter what the conditions are. If you get a good season and grow more grass, you just do it cheaper. You always know how much production you're going to do, the thing that changes is how much it's going to cost to do it."

Reducing their environmental footprint and wastage on farm is a priority; they've cut bobby calves out of the farming system completely, adding them into the business as beef calves. 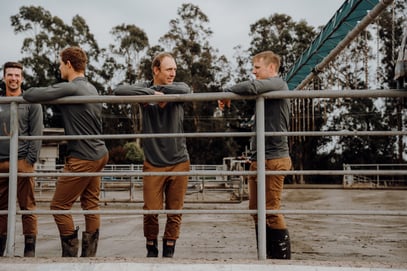 They're also cutting down their herd while maintaining milk production, by putting the same amount of feed into better producing cows.

"We're trying to get genetic gain by breeding from our best cows. We've just bought a really well bred, top herd as well so we'll be able to reduce the total number of cows we'll be milking which is the biggest thing you can do to reduce nitrate leaching and the likes," he says.

Small technology additions to improve proficiency and personal input are scattered throughout their business – such as a tractor GPS to ensure fertiliser is being put on areas to have the biggest impact on growth and staying away from the loaded nutrient areas such as gateways and troughs.

"We just want to make sure we're getting the most out of everything," he says.

Chris was about 10 years old when John and Anne bought the farm in the Waikato, moving from Taranaki.

He went to boarding school at Sacred Heart College in Auckland City from year nine, a school he loved.

"It was a bit of a shock putting a country pig in the city," he laughs.

"Any chance there was to go on the farm after school or get a couple of days off to go to the sales, I would jump at, so they sent me there to focus on finishing school.  They removed me from the distraction because they couldn't really remove the distraction."

A Massey University Alumni, Chris has a bachelor of Agri-Science and graduated in 2016 before heading back to the family farm after his last exam.

He also started his own relief milking business while studying, to earn some extra cash and meet some farmers in the region.

It took off over his three years at university.

At one point, he had 15 sheds on the go and about 15 students subbing in too, taking a bit of a cut from each shed for organising.

Massey University Young Farmers was also where he and Emma, a then vet student, met in  2014.

They married just before the country went into lockdown in March 2020. 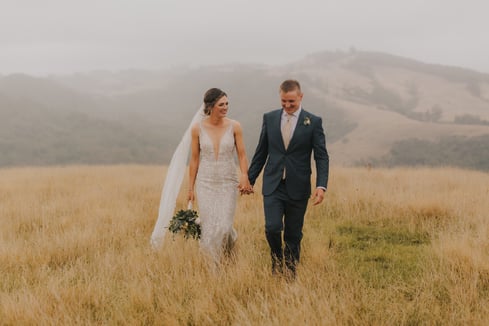 He says he'd always wanted to compete in FMG Young Farmer of the Year after watching it on TV and being involved with NZYF Clubs since university.

He learns by talking to people, but patience is one of his weaknesses he reckons.

Making decisions fast however is one of strengths, something that works to his advantage in the contest environment.

"As much as you need to be as well prepared as you can, a lot of it is out of your control and depends what you get thrown on the day."

"There's a lot of things over the years that I've picked up and learnt studying, in life and on the farm, that I've taken for granted or never really thought about. And then it pops in Contest and I sort of think 'oh I know that'," he says.

He's looking forward to contest, particularly with Emma having been a 2019 Grand Finalist and competing against his brother-in-law, Northern's Tim  Dangen.

Hoping to use his platform to bridge the rural/urban divide, Poole already speaks to school students at St Patrick's School in Te Awamutu and Sacred Heart at their career days, showcasing how dairy is a great career choice.

His lifelong goal is to create a business that's financially and environmentally stable, to enable a bit of freedom to dabble in some side projects they enjoy - such as breeding, stud animals or some other 'fun' animal things.