Spending 47 days on a live export boat as a veterinarian, Mark Wallace's top priority was his animals.

Docking in China after 21 days at sea, 5,499 animals all walked off the ship fatter than when they left New Zealand. 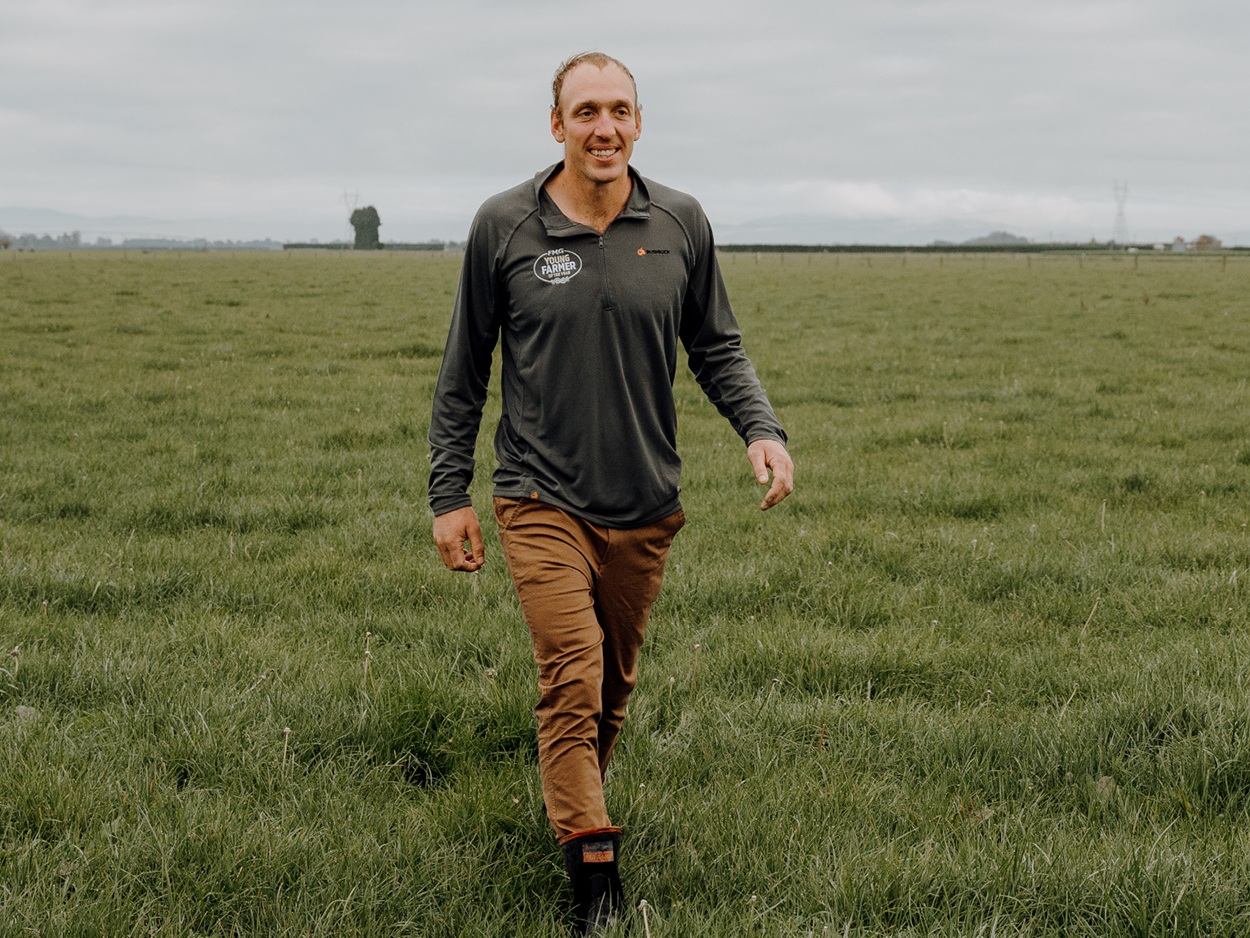 The survival rate of stock on the ship, was substantially higher than that on farm, so much so, they only lost one animal to natural causes having left Napier Port with 5,500 animals.

"The animal welfare was better than some of the barns I saw in England where they keep their animals all winter," he says.

Having spent five years as a veterinarian, the East Coast FMG Young Farmer of the Year faced many challenges.

Wallace, 30, is now working on the family sheep, beef and cropping farm in Waipukurau.

Vote for Mark in the FMG People's Choice Awards here

After leaving Central Hawke's Bay College, he went to Massey University to study to be a vet.

"I just wanted to do an agricultural related degree," he says.

"It's hard to get in to vet but once you're in it's not that hard really, it was good fun."

Following graduation, he spent two and a half years in Ohakune at Ruapehu Vet Services, the very small team serviced a 100km radius taking care of all animals - large and small.

"I got a lot of laughs out of my job, probably more than I think I was meant to get. You never quite know what's going to happen when you’re working with animals,” he says.

“I learnt a lot about people as well, you get people from all walks of life so you see some different things in people that you otherwise wouldn't normally."

He then spent a year in Wairoa, enjoying the beautiful scenery and what the rural community had to offer.

But with itchy feet – the United Kingdom was calling and in 2019, Wallace headed off his on OE. He spent time shearing on trailers in England before working as a locum vet in the middle of London as well Scotland and the Welsh Border.

"I worked with nothing but cats and dogs for four or five months," he says.

"The vet bills are really expensive over there, but people rush their animals in when they're not particularly sick and if you don't charge them enough, they complain that you haven't done enough to figure out what's wrong. It was the stark opposite of rural New Zealand where people complain about vet bills," he laughs.

The first covid outbreak in 2020 saw him reconsider his options – whether he continued with his OE or came home.

Choosing the latter, he arrived back in the Country in March and went to Ashburton in another locum position. This was different again with the majority of his clients being large corporate dairy farms.

“While I did far too many calvings and not much else, it was good to be back in New Zealand and I particularly enjoyed playing club footy for Methven when I was down there,” he says.

“Locum vetting had never really been my plan, but the money was good and it provided an immediate job throughout the 2020 covid period. You rarely get time to know your clients or a chance to build up any sort of relationship with them which can be quite difficult.”

After six months he moved back to Dannevirke as a locum with the goal of transitioning back to the farm and becoming the second generation to work the land.

"I'd always wanted to be a farmer and one of our staff members had just left so it was the perfect opportunity for me to get onto the farm,” he says.

"There's a lot more progression to farming compared to being a vet. Once you get five years in you're very much stuck doing the same thing for 20 years but with farming you can progress through a lot of different ranks and make improvements."

A diverse operation, they run a 300-hectare breeding farm and a 690-hectare finishing farm where they fatten lambs, bulls and dairy heifers, and grow cash crops.

"We've got a lot of different enterprises, it keeps things interesting, there's always something that seems to be happening" he says.

Wallace focuses mainly on the stockwork while another employee does most of the tractor driving.

Now that he's home, he is able to finally enter the FMG Young Farmer of the Year contest – something he has wanted to do for a long time.

A first-time competitor, he admits he was a bit naive to the contest's legacy when entering the preliminary stages at the district contest.

"I didn't realise it was such a big deal, I'm quite excited about it now," he says.

Having no other contest or NZYF competition experience, he hopes it won't put him at a disadvantage but knows the pressures he faced as a vet will help him in contest.

"With different scenarios you realise you just need to keep calm and take a deep breath and think about what's in front of you. Most things are not completely new to you, they're just a different form of something you've already done so if you think of it like that you can overcome most challenges."

Worried about the head-to-head and some of the practical work, he has been practicing so they're not one of his weaknesses come July.

As a hard worker who likes to really apply himself and think about things, he thinks the race aspects of contest will be challenging.

While he currently owns a small 50-hectare block, his long-term goal is to own a standalone farm.

He fears as property prices escalate it will push his dream further into the future, but until then;

"I'll just keep turning up to our farm and working as hard as I can and try and make it as best as we can," he says.