The Aorangi Regional Final Organising Committee was made up of local Mackenzie Young Farmers members. The team put on an outstanding day, challenging Contestants to a range of tasks ensuring to test their ability and knowledge of the food and fibre sector.

Tom did not expect the win, “I came to give it a good crack, take it all in and prepare for future Regional Finals”, he explained. Tom favoured the head-to-head challenges, “I enjoyed the physical aspect, being able to get out, break a sweat and get competitive.”

In the lead-up to the Grand Final in July, Tom said he will be brushing up on his cropping, machinery, and horticulture knowledge. “The study has just begun!” he laughed. 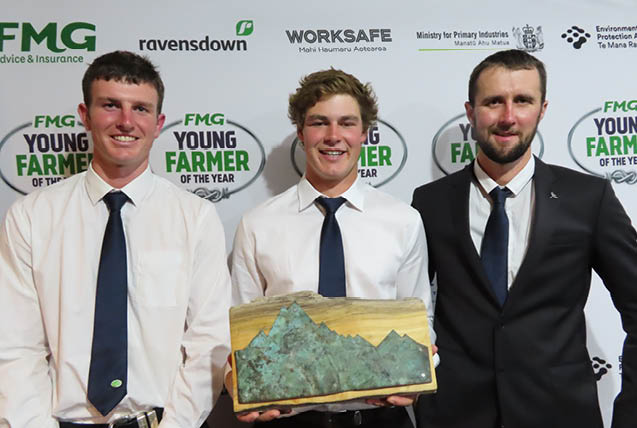 Tom Adkins will battle it for the title of FMG Young Farmer of the Year at the Grand Final in Whangarei this July against six other regional final winners (yet to be held) from across the country.

"Entries for FMG Young Farmer of the Year were up 30% this year despite the uncertainty of COVID which is a credit to all our amazing volunteers, members, sponsors, and staff who put this contest together," she said.

"My gratitude for everyone's efforts extends beyond words and I am really proud to see how everyone has worked together to deliver another season, to pivot and adapt to new challenges including the red-light framework."

"The calibre of competitors at each Regional Final is the highest I have seen it and is an extraordinary showcase of the skills and knowledge needed to be involved in the primary industries in this day and age."

"Our competitors represent the full diversity of the primary industries and the array of opportunities available and goes to show that New Zealand Young Farmers' members really are the best and brightest."