David Reesby, 21, has secured himself a spot at the FMG Young Farmer of the Year Grand Final.

David, a Marton Young Farmers member, is second in charge on his family’s dairy farm near Oroua and was announced as the winner of the 2022 Taranaki Manawatu FMG Young Farmer of the Year on Saturday night. It was a clean sweep for Marton Young Farmers as both the runner-up and third-place winners are members of the club. 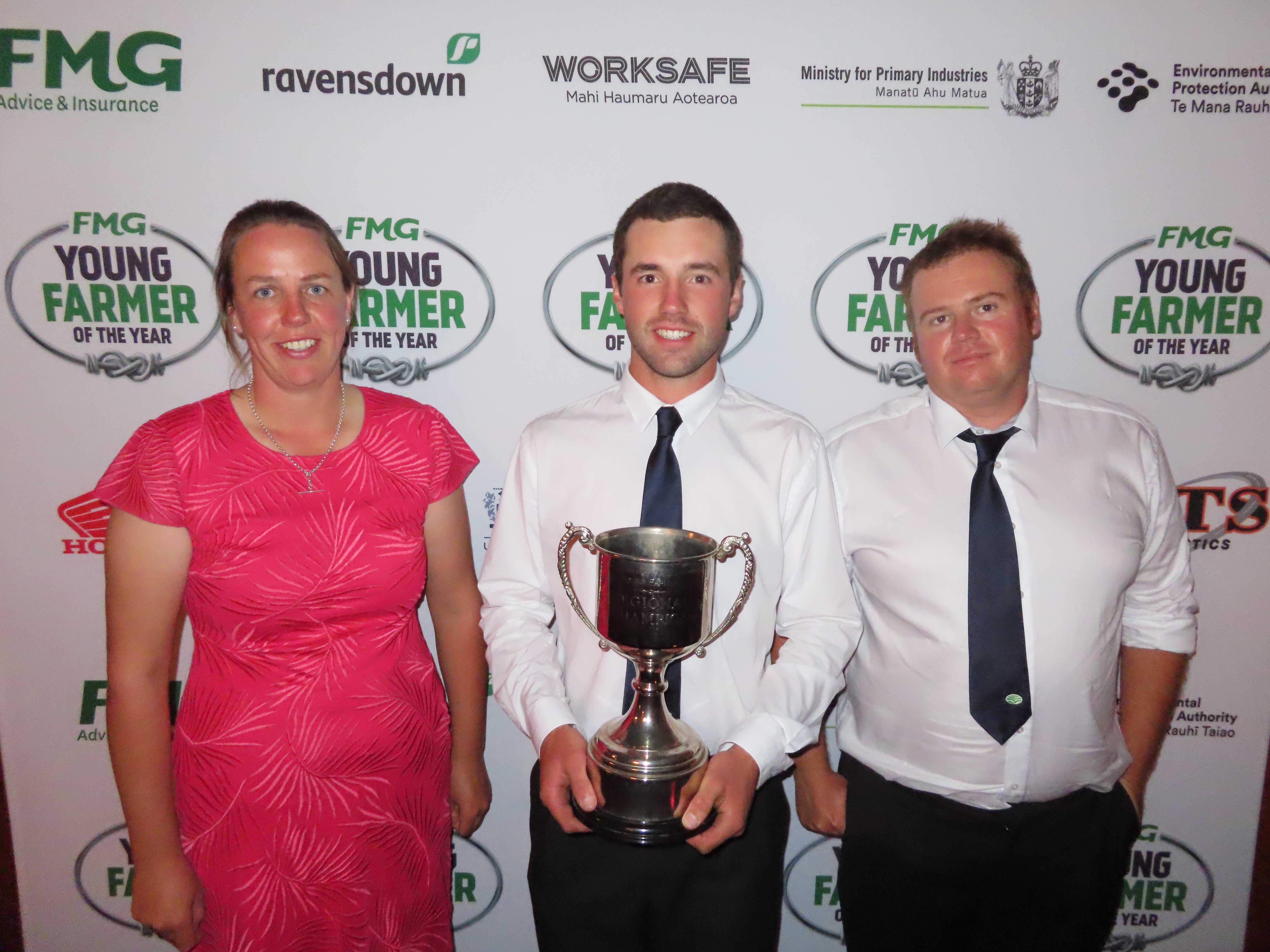 The FMG Young Farmer of the Year Regional Final was held on Saturday at the Feilding High School Dairy Farm.

The Taranaki Manawatu Regional Final Organising Committee was made up of local NZ Young Farmers members and was led by Georgia Young and Kate Stewart. The team put on an outstanding day, challenging Contestants to a range of tasks ensuring to test their ability and knowledge of the food and fibre sector.

Reflecting on the day, David was thankful for all the hard work the convenors and volunteers put in behind the scenes. He explained he was shocked to see his name at the top of the leaderboard before the quiz. “I didn’t expect to be that high up the list, I was pretty stoked and pretty proud to be up there, I knew I had to go well in the quiz to keep ahead of Brad and Georgina.” David Reesby will battle it for the title of FMG Young Farmer of the Year at the Grand Final in Whangarei this July against six other regional final winners from across the country.