The sports/outdoors/fishing and diving-mad Aorangi FMG Young Farmer of the Year considers himself a 'yes man' which gets him caught up in all sorts of situations.

Twilight netball, touch rugby, surfing for farmers – name anything around Kurow and the Upper Waitaki Young Farmer has probably done it.

Adkins, 23, has spent the last two years as a block manager on Caberfeidh Station, a 6,000-hectare farm running around 33,000 stock units.

Vote for Tom in the FMG People's Choice Awards here

In charge of the 1,600ha Caberfeidh Block, he manages the set stocking, mobbing up, feed budgets and stock rotations for the breeding and trade stock.

"It's really good practice to be really adaptable to change," he says.

With a short, vigorous growth season to then becoming quite dry, stock are always moving block to block, week to week.

"From one week to another I could get more ewes and the cattle I thought I had, are needed elsewhere. The stock are very malleable in the whole farm system and so that's something you've really got to get used to. No matter what the change is you've got to be good with it and make it work."

He spent two years at Telford and then one year at Lincoln University gaining a Diploma in Farm Management with Distinction. 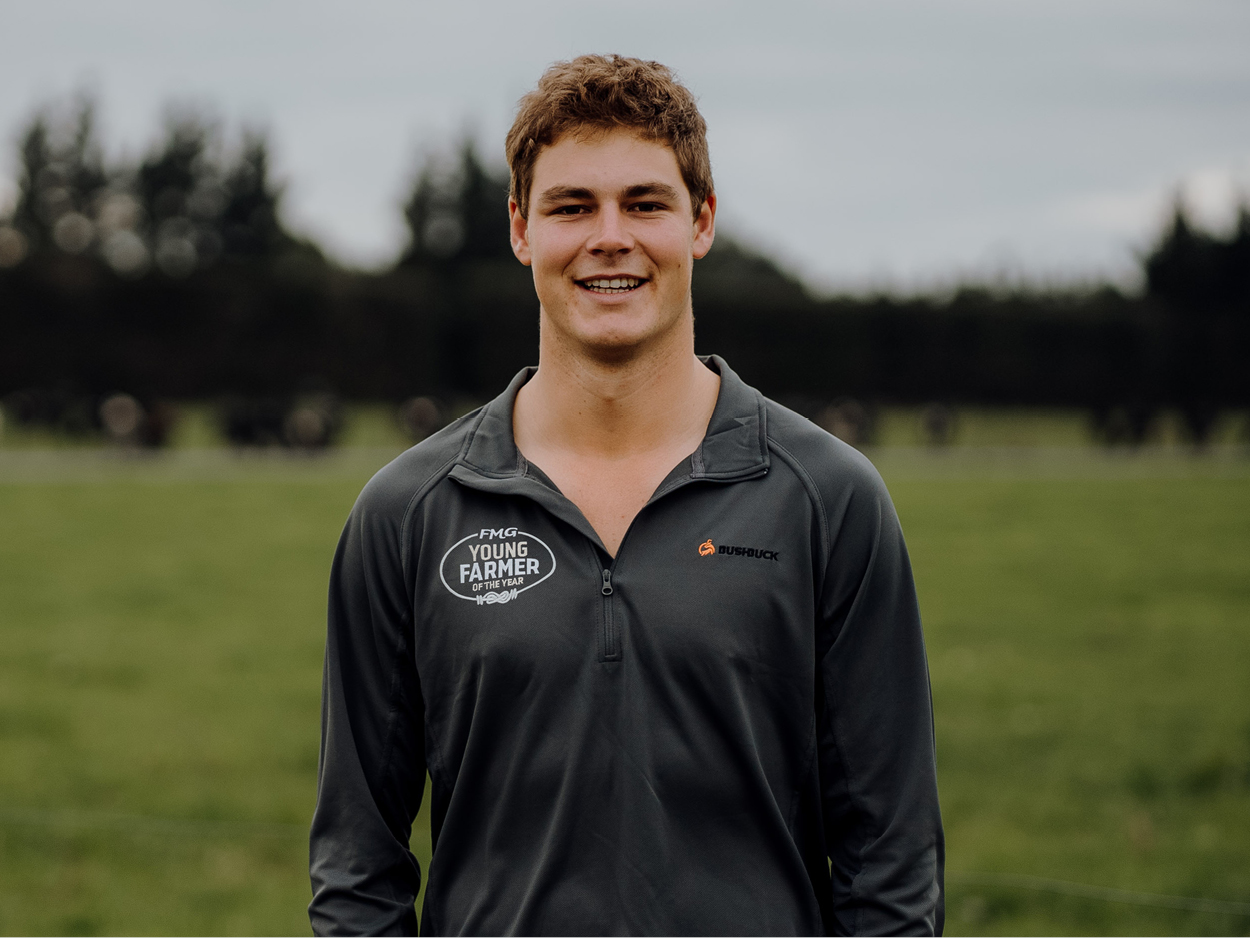 During his holiday breaks, he gained experience on Manawaimai, a hard hill country property up the Mangamahu Valley as well as Te Mania Angus Stud near Kaikoura.

There, he learnt how to prepare Angus Stud bulls for sale, the ins and outs of AI and mating, weaning, his first experiences calf catching and recording, embryo transfers and everything else that came along with it.

"I found the genetics and the stud work really fascinating, how every animal is accountable to itself and its genetic worth. Every animal was judged on an individual basis rather than the production of the herd or the flock.”

Originally from Whanganui, Adkins was raised on 400ha sheep and beef farm breeding and finishing Coopworth ewes and mixed breeding cows with progeny sold as weaners.

His end goal is to get back to the farm within the next ten years, to eventually buy into it and take over from his parents Grant and Clare Adkins.

"I would like to experience and work on a number of farming properties to learn as much as I can about different farming enterprises and types within sheep and beef before returning home," he said.

"I've got lots to learn from Dad and I really look forward to the opportunity to be able to learn from him as well as bring back things that I've learnt along the way. "

Predicting diversification to be a big part of New Zealand's farming future, Adkins would be keen to explore other options when it comes down to it.

"I'd like to be able to sell my own produce locally one day and put my face to what comes out of my farm gate and be proud of that," he says.

His parents are also responsible for introducing him to the FMG Young Farmer of the Year contest – they were involved in the contest for a long time, helping to convene regional finals and grand finals in their day.

"Contest is a huge celebration of Young Farmers' skillset and knowledge which I think is pretty bloody awesome," Tom says.

Getting through to Grand Final on his first Regional Final was surprising but exciting.

"I wasn't entering to win it this year, I was just going to go and give it my best crack because that's all I could do and it turns out that was enough so that was pretty cool."

Over the three-day Grand Final, he thinks the practical day will be up his alley and has been preparing hard for the technical side of it as well.

"I'm reasonably competitive too that helps out sometimes, but it didn't help out in my first year of social twilight netball when I broke my elbow, I was probably being too competitive," he laughs. 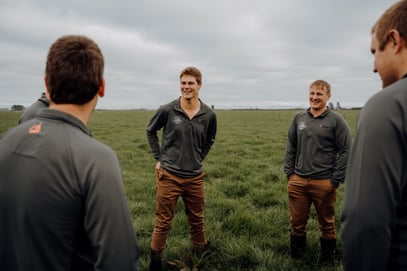 The legacy and recognition of contest also haven’t been lost on him.

"I'm really looking forward to the quiz because that's where the contest all started in 1969 and I think that's really special to be part of," he says.

Being his first time competing, he says he's not going in with huge expectations and just wants to give it a good crack and enjoy it.

"It's made me learn that what I'm part of is a really big deal and it should be really cherished. It's something to be really proud of that I'm here and I probably don't give myself enough credit for that."